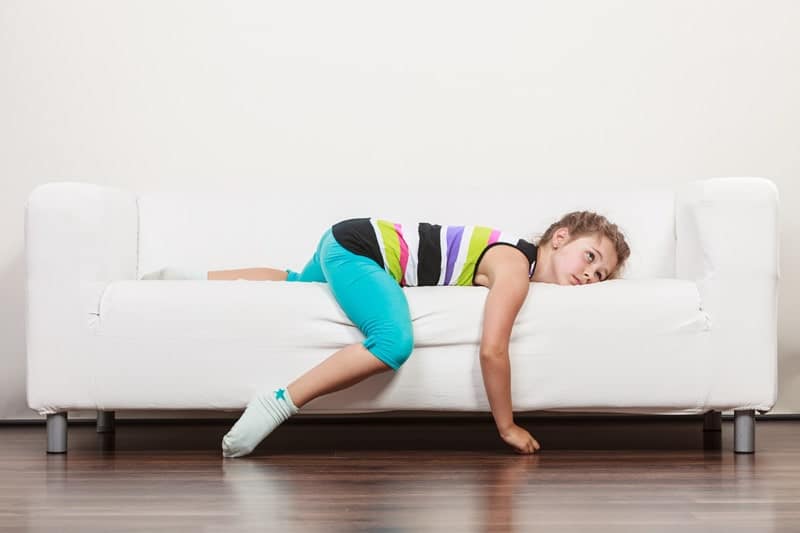 As your child gets older, you may notice changes occurring with their attitude, physical self, and energy levels. When a child becomes forgetful and lazy, though, it can be hard on parents.

What makes a 10-year-old son lazy and irresponsible, and how can you change his behavior? There are many reasons behind these behaviors, but they all stem from hormones and other major changes in their life.

To fix the problem, you need to get to the root. Read more to see what may be causing these behaviors and how you can fix them.

Puberty usually starts at age 12, but it can begin as early as age 9. If you think your 10 year-old may be going through puberty, this could explain their new behavioral issues.

Ways to Help Your Child With Puberty

It may seem like you have no choices when your child is going through puberty, except to wait it out, but you do have more options. Here are some ways to assist your child when they are struggling:

Remain calm when they have outbursts. This will teach them ways to regulate emotions If you, yourself, also have depression, show your child the ways you cope with the fatigue and mood swings that come with it.

You cannot give in to your own depression and expect a child not to do the same. You must set boundaries. Show them they aren’t allowed to sleep all day, and set rules about screentime, chores, and other responsibilities. If your child does not live up to the rules, you must have consequences.

You know there will be times your child will break the rules, and you need to let them. This is a hard one for many parents, because they are conditioned to protect their children from harm. Sometimes, children need to experience fair consequences to their behavior because it builds emotional stability and teaches them natural impulse control.

Discussing their bad behavior and ways to fix it is not the same as calling your 10 year-old “lazy” or “irresponsible.” While you may think those things, attaching those labels to your child can be damaging to their self-image, and that will actually lead to them being more lazy and irresponsible.

You should also focus on the more positive aspects, and less of the negative. This praise will encourage your child to do better.

You May Be The Problem

No parent wants to hear they are the problem with their child’s behavior, but the truth is, you may have raised your 10 year-old child to be lazy, irresponsible, and entitled. If so, you need to make some changes before you can expect your child to change.

Wondering if you are the problem? Check out these signs that you may have contributed to this problem.

You spoil them and they get mad when they don’t get their way. If this applies to you and your child, you have created an entitled child who may feel they do not have to work for the things they get. This can lead to irresponsible children.

You are afraid to tell them “no.” If you experience fear when you tell your child “no,” you have created an environment where they are in charge. This will lead to children who don’t take responsibility for their actions, are lazy, and out of control.

You are lazy and give in. If your child bullies you into giving in to their demands, you are demonstrating that they can be pushy to get their way. This also shows them that you are lazy, and that behavior gets reflected back to you as they get older.

How to Help Your Child When You Are The Problem

If you have determined that your 10 year-old child acts lazy and irresponsible because of you, you may be thinking there isn’t much you can do to change their behavior, but you there is much you can do.

Let’s say our teenager struggles with being ready to leave on time. Have a plan and rules and clear consequences. Once these are established, make sure you follow through with the consequences.

Don’t nag or yell. If your child breaks the rules, just give them the consequence. Eventually, the responsibility for remembering will be on them and they will have less incidents.

Don’t get emotional. They need to see this as something their responsibility. Getting emotional will just make them think they can get under your skin and takes away from the real problem.

Your Child Spends Too Much Time With Electronics

New studies have shown that children who spend too much time on electronics are lazy, irresponsible, and emotional. If your 10 year-old is showing these behaviors, the screens may be the problem. Here’s how:

The big take-away here is to limit screen time and increase outdoor time. This includes TV time, so that means you may also have to reduce your own screen time. You can use screens as a reward for your 10 year-old son to make him less lazy and irresponsible.

Your Child Is Just Forgetful

Let’s face it- we all know that co-worker, sibling, or friend who is plain forgetful. They don’t mean to forget your birthday or show up late to everything, but it’s part of their personality.

While you may have patience with them, when you live with a child that shows these behaviors, it can be harder to be understanding, but you can parent a forgetful child. For one, you have to teach them ways to cope with their own forgetfulness. Set reminders on a clock or phone. Write notes. Develop a routine. These are all techniques a child can use to help them help themselves.

Don’t gloat. Gloating will only make your child feel stupid and unloved. After you take away their tablet or phone, or whatever the consequence may be, give them time to calm down. Then, you can talk with them about ways to avoid having these consequences in the future. Giving them tools and understanding goes farther than making them feel bad.

Laziness Is The Norm

Today’s society is one of instant gratification and laziness. Even if your family isn’t modeling these behaviors, society is. It’s on TV. It’s in ads. Everything is tailored to make life easier and make us work less. This leads to being lazy and irresponsible, and it starts at an early age.

The problem isn’t just that it’s annoying. It could kill us faster. There are ways to combat laziness, though, that will have an overall impact on our lives, and can even lead to more binding time with children.

Limit screens- If you want your child in good mental and physical health, you should first start with limiting screen time. Beyond that, you can enroll them in a sport or extracurricular they enjoy. This gets them out of the house and around their peers.

Cook more- Have them cook with you. Fast food is unhealthy, but convenient. Showing your child healthier choices, even ones that may take longer, is a great way to lead by example and show them that laziness is not the way to live.

Do chores– Have your child do chores. Many parents have gotten away from having kids do chores, but that has also brought about a generation of kids who can’t do for themselves. This means that they will expect things done for them and won’t develop a sense of responsibility. Help them but giving them chores to do and expecting them to be done without nagging.

Walk more– If your child takes the bus just a few blocks away, have them walk. If you take your car for a short trip, have your family walk. Stop relying on what’s easy and get more active.

Your 10 year-old is still impressionable, which means you can help change them. It will, however, take conscious effort on your part, and possibly some lifestyle changes for your whole family.

If you have exhausted all other options and avenues, it may be time to consider that your 10 year-old has a legitimate health issue. ADHD, ADD, Autism, Bi-polar Disorder, OCD, Anxiety, and Depression are all health concerns that can affect a 10 year-old child and make them moody, lazy, and irresponsible. Other issues could show up in the form of chronic illnesses, and even auto-immune diseases.

If you think your child’s problems go beyond basic hormone fluctuations or child development milestones, then you should take them to see a pediatrician, who can then get them to any specialists they may need.

After your child is diagnosed with a specific health problem, you will need to follow the proper treatment plan and any medications your child may need. This will help them with their condition and make things easier for everyone in your home.

Remember- children are not naturally lazy and irresponsible. There is a reason behind these behaviors and they can be fixed!

California is known for many things. Tinseltown, Silicon Valley, and having the distinction of being the fifth-largest economy in the world. As far as reptile enthusiasts are concerned,...

Corn snakes are majorly found in the Southeastern side of the US. Corn snakes don’t need much maintenance, and they have a pretty docile temperament. Nonetheless, you have to be very watchful...