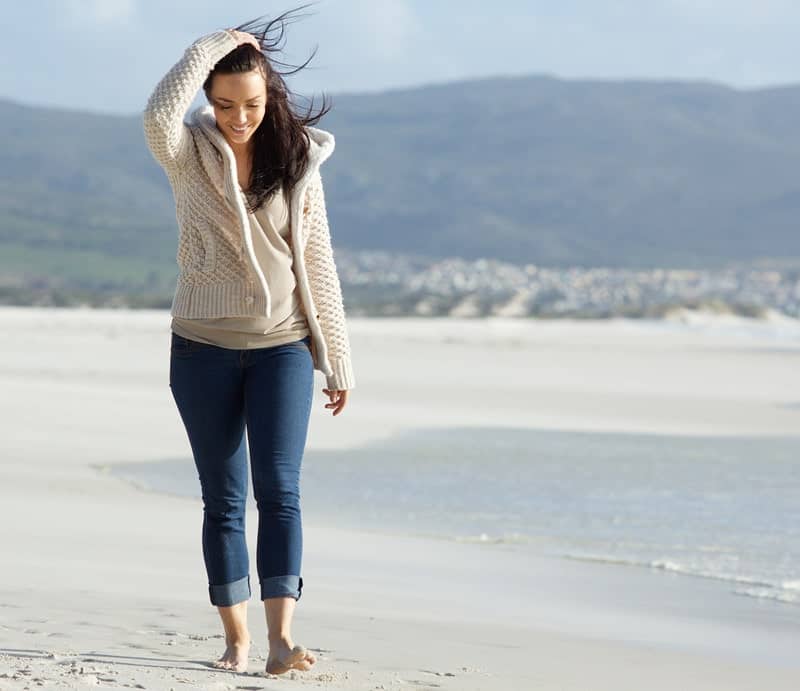 Getting married is obviously one of the biggest milestones in a woman’s life. I think every girl has had the dream of walking down the aisle in her long white gown with a bouquet of her favorite flowers between her hands.

Your happiness and life satisfaction should never depend on another person or any other thing. You carve your own life. You decide on what makes you happy and satisfied.

If you’re at the point in your life when your guts say that marriage is really not for you, then make peace with it. Don’t waste your time chasing after it, but just be open to possibilities that your Prince Charming may come at the time you least expect it.

You’re in Your 30s and Still Unready to Settle Down.

Still single at 30? You’re not alone. However, it’s likely that you’ll remain that way forever if you don’t start moving fast!

Interesting research data revealed that marriage rates in people over thirty have seen a decline in the past few years. Purportedly, only 56 percent of the respondents in the aforementioned research were married in their 30s. Why is that?

If we look at another survey involving people in the same age group, it is thought that these individuals aren’t married because they aren’t ready to settle down. Well, naturally, you can’t marry if you ain’t ready for it, right?

I get it, actually. You love your life as a single woman. No commitment. No distractions. And you probably are in the height of your career.

But are those the only things that matter? I know that deep in your heart, you are aware that the answer is no.

You do see your old friends building a family now, raising kids, nurturing their marriage. And you, you’re stuck home on a Sunday night, watching Netflix alone.

Inside, you question how would it feel if you were in their shoes. What does it feel like when you have a husband to sleep with every single night or a child to read bedtime stories to? But you just can’t find the answers because you are not ready for marriage.

Well dear, sometimes we say no to things and offers because we are afraid of the changes they will bring into our lives. However, the only way we would know if it will make our lives better is to dive in.

So yes, you can take all the time on Earth to prepare yourself for marriage. You can use the alibi “I am not ready” anytime you like. But you’re not getting any younger. When will you be ready to take the plunge?

Mr. Right Hasn’t Knocked on Your Door in the Past 35 Years.

In the same research mentioned above, 30 percent of the participants in the age group 35 and above admitted that the reason behind their single status is “they have not found the one.”

It’s sad and frustrating, I know. You’ve been on the lookout for Mr. Right all those years, and you’ve been dating a lot of guys in hopes of finding your match, but to no avail. It feels like a defeat!

And if we look at the data, people in their 30s and above aren’t married simply because they have failed to find what they were looking for. If you’re in the same age group, this might terrify you and make you realize that this shit happens for real!

But you have to remember, there’s no such thing as “too late” for true love. Just keep looking and entertain possibilities.

Your wedding bells will ring for you if it’s meant to be. The ever-so-gorgeous Salma Hayek married at 42. Age is just a number, after all.

You are Happy Being Single.

Have you heard that most Americans today are choosing to stay single and they are actually happy about it?

What’s not to love about singlehood? You have the freedom to do all things you want without thinking about who’s going to care for your baby or who’s going to prepare dinner for the night when you want to hang out with friends after work.

However, as I mentioned above, life’s not all about these perks. At some point in your life, you’ll want to have someone to stay forever by your side.

If I am being honest, I tell you, I have always feared being left alone. Before I married the man of my dreams, I had terrible break-ups.

And whenever I start a new relationship with another guy, I cannot get that fear of being broken out of my chest. You know how awful heartbreaks are, right? I am literally scared of it.

But when my husband and I got married, that fear went away. I am always at peace knowing that he’s not going anywhere and that I will never have to undergo another horrible breakup.

I feel secure with the relationship that I have. Though I know marriage is not a guarantee that we’ll stay together forever, it made us stronger as one. It’s a powerful force that binds us and a commitment to stick with each other, whatever happens.

That’s just one of the many things marriage brought in my life. I was happy being single, but being a married woman made me the happiest.

Let’s get the facts straight. You like being in a relationship, but it’s just that you don’t see yourself caring for your own kids in the future. That’s okay, but not all men can accept it.

If your current boyfriend dreams of a huge family, two boys and two girls or more, it’s highly likely for you to have issues before engagement.

Having kids is essential to building a family. Although some couples are fine without them, a home is just different when it’s filled with children’s laughter and toys.

However, you don’t have to feel guilty of anything if you really don’t see yourself becoming a mom in the next few years.

In fact, a lot of women today are childless by choice. The number of women without kids has surged from 9 percent to 17 percent. That’s quite a huge jump!

But then again, if you don’t like kids, you must find someone who understands your choice. You’re lucky if the one you’re with shares the same thoughts about a family without children.

You Find Peace in Settling without Legal Marriage.

Today, we live in a society where legal marriage is no longer deemed a necessity before moving in. Many couples actually live together under the same roof before engagement and they turn out to be perfectly fine.

So if you think your relationship doesn’t need any legal processes to bind you as husband and wife, then maybe legal marriage is not for you. I don’t blame you, honestly.

Who would like to get married when everyone we knew to be so in love had divorced a few years after their wedding?

Brangelina was one of the sweetest Hollywood couples, but years after tying the knot, they lost their marriage.

However, every marriage is unique. Just because some couples decided to split after getting married doesn’t mean it’s marriage that’s causing the problem. So perhaps you’ll give legal marriage a chance?

One of the easiest ways to remember the appearance of a citron cockatoo is in its name: citron, or “citrus,” denotes the color of its orange-colored head plumes. The Citron...

Continue Reading
link to How Long Do Conures Live on Average?

Conures are a group of medium-sized parrots with a long tail. They can be found in the wild in Central and South America. They are loved as pets because they easily adapt to new surroundings,...