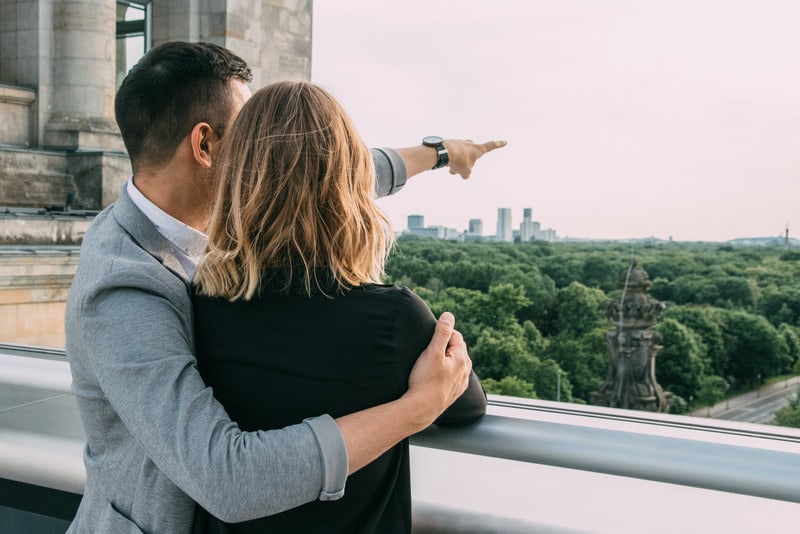 A marriage compatibility test can work in different ways, depending on how you look at it. If you use it as a guide towards knowing your partner, that is a great choice. If you utilize it to predict the success of your marriage, that is another story. Remember that marriage as a partnership means only you and your significant other can make it last.

There is no standard method for making your relationship a happy one much more than a compatibility test can show you all the steps to making it successful. You need to make it happen.

While I was contemplating the state of my marriage after 5 years, I came across the Jung Marriage Test. It was originally proposed by the famous Psychologist Carl Jung, and eventually expanded by Isabel Briggs Myers. What is the test about? It allows the couple to evaluate each other’s personal attributes as the predetermination of the kind of relationship they will ultimately develop within their marriage.

The Question of Compatibility

Getting married can be synonymous to plunging into the unknown. While there are couples who like to embrace the unknown, marriage compatibility tests have been enticing couples to try and control the circumstances. In my case, I tried it many times especially when my boyfriend (husband now) suddenly showed certain unpredictable behavior, which I only saw a few months before we got married. I was far from being a suspicious person, but curiosity took over my thoughts, so I convinced him that we should take the tests together.

My personal experience with marriage compatibility tests did not really help me and my husband in the early stages of our marriage. It was the commitment to make the relationship work that transcended all other factors as our bond became even stronger. But come to think of it, those tests helped me to evaluate all the reasons why I wanted to get married in the first place. The questions that I had to answer gave me a glimpse of what to expect from my significant other as soon as we decided to seal our commitment in marriage.

Furthermore, the tests answered several questions that I was not comfortable asking my husband. From such an experience, I realized that I had not freed myself yet from the barriers of becoming totally honest with my other half. The questions on compatibility showed me and my husband all the differences rather than the similarities, but we were perfectly fine with the results. After the tests, we promised to continue doing the things that made us click and worked on our differences.

Categories of Questions in Most Marriage Compatibility Tests

What makes you compatible as a couple?

In a relationship, compatibility can be understood in a wide range of possibilities. You need to remember that as individuals with different personalities, your sense of compatibility should not be merely based on what is ingrained since birth. You need to think of compatibility based on how functional both of you are in the relationship. The kind of thoughts you share with each other and how you act those thoughts out make up the overall functionality of your interaction.

Let me just point out that functionality means how well you adjust to each other under different circumstances. You can test your compatibility on the way you handle each other’s hang-ups, and not just the behavior when you are in a good mood. Compatibility is not just about complementing each other, but how well you complement each other.

As a couple, what sets of values do you uphold?

The way you uphold your values says a lot about you. In any case, you should observe the same thing from your other half. Your belief system, religious and community values, as well as your views about self-worth, cover all the values that you must both adhere to. Compatibility in these areas is essential.

In terms of religious and community values, how you handle spirituality and react to social issues can greatly affect your marriage. When you tend to argue on these aspects most of the time, resentment becomes overwhelming. My husband and I give credit to our families for bringing us up on the same religious and social values because we never fight in this area of our married life.

Do you and your significant other have the same temperament?

Most unsuccessful marriages are caused by physical, emotional, and psychological abuse. Temperament plays a very important role in marriage as it makes or breaks the relationship. Temperamental compatibility inspires you as a couple, while incompatibility can often lead to hatred and indifference.

When you or your partner have extreme tendencies, the health of your relationship will be at stake. You need to find out earlier what triggers each other in order to avoid situations from blowing out of proportion. Since this is also about compatibility, knowing how your other half reacts and responds to problems and conflicts can give you an overview of what to expect in the relationship when you hit some rocky spots.

Do you share the same interests with your significant other?

Interests are fundamental to building a long-lasting relationship. When you and your partner are inclined towards the same hobbies and engage in similar activities, the happiness rate increases significantly. When both of you attend the same events, share some common passion, and support the same causes, the possibility of getting closer becomes extremely high.

On the other hand, when you and your partner do not share any common interest, it becomes difficult to even start a conversation. Interests can keep up the momentum of the conversation, and you know for a fact that communication is an important factor in a relationship. Thus, your compatibility in interests can make your marriage go a long way.

Do you find each other attractive?

While the physical aspect is important, you must not dwell on it too much because, in the long run, mutual attractiveness will shift towards psychological attraction. When you spend more time with your partner and get to know everything about each other, the attraction factor goes beyond physical attributes. One day, you will just find yourselves no longer familiar with each other’s faces because talking to the heart becomes more essential.

In addition, the level of your attraction becomes intensified as you grow old together. As you face various challenges side by side, you will develop a different level of attraction knowing how the person has stayed with you in the all seasons of your life. It is for this reason that finding your significant other attractive is important.

You can see that trying to figure out compatibility entails a complicated process. It is more than just comparing your similarities and differences without making unnecessary conclusions about each other. I, for my part, have learned things the hard way. While I expected the marriage compatibility tests to help me decide on whether or not I was about to do the right thing, I gained another perspective.

The good thing about knowing your compatibility level is that cooperation can be developed. As a skill set, it can be learned from the start of your relationship.  Couples who value learning the skill of cooperation can defy the odds. If you find yourselves in the middle of a conflict, you simply must remind each other to cooperate in resolving such conflict.

Nanday Conures aren’t everyone's first animal of choice that comes to mind when looking to purchase a pet, but these medium-sized birds might be the perfect addition to your lifestyle! From...