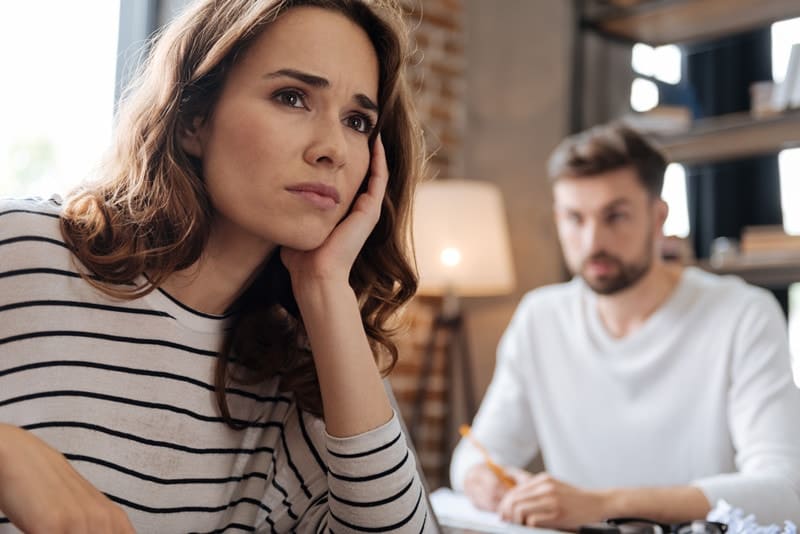 Dealing with a lying husband can be one of the most dragging and stressful experiences in a couple’s life. Being in marriage already has its trials and problems; contending with a dishonest husband makes it worse.

If you have recognized that you have a lying husband, the real first step is acceptance. Once you have accepted your circumstances, the next thing you will do is to inform your spouse. Never give up until you have exhausted all possible efforts to solve the problem.

Here are 3 tips on how to deal with a lying husband.

Establish the Type of Liar That Your Husband Is

White lies are the ones that you tell if you don’t want to hurt the feelings of someone. But not telling the truth can sometimes hurt your spouse. If your husband keeps telling you that you look good even if you don’t, then you will go out of the house with the same look every time, not knowing that you can change it to appear more attractive.

Deceptive lies are also called the lies of omission. A husband who tells deceptive lies usually subtle yet can hurt you. The facts of the situations are often bent to his favor so that you are misled. Deceptive lies can really damage your relationship.

Compulsive lying is an addiction. Whether small or big, compulsive liars tend to continuously lie for no apparent reason other than to be recognized. He will just lie to get your attention. But if the lies will pollute your marriage, it can ultimately deteriorate both of you as a couple.

Bold-faced lies are the ones that are completely false, even if caught red-handed. If your husband has been caught cheating, he will continue to tell bold-faced lies to save himself.

A lying husband who always makes promises and then breaks them can definitely hurt you emotionally. This keeps you from hoping and depending on your husband to fulfill his promises. But every time he breaks them, his reliability slowly decreases until you no longer believe anything he says.

A fabricated lie is like a gossip or a rumor. If one likes fabricating lies, then he is in for one long ride. Many lives and reputations can be damaged with every lie that is told.

Exaggerated lies are the lies that someone who is full of himself says. He will blow up the facts to make himself look good. If he gets discovered, his own image will be hurt with his lies.

Chances are, a lying husband tells one or more of these lies. A lie, whatever it is, is still a lie. A couple should develop their relationship as the years go by. If your husband keeps telling lies, then you have to know what makes him lie.

Find Out His Real Reason for Lying to You

The moment you know the types of lies he tells you, the next thing that you need to figure out is the real reason why he is lying to you. Why do you need to find out the reason? To be able to help him stop all the lies and fix your marriage.

What could his reason be? Well, it could be one thing or a couple of things. You have vowed, after all, to love and to trust each other all your lives. Thus, he must have a grave reason for lying to your face.

Career stagnation may cause him to lie. If he does not feel important at his company, he may keep his situation from his wife – you – and not share his emotional struggles. Physical health may also cause him to lie. Stress and an inability to perform in the bedroom will give him more reasons to lie to you.

He may also continuously lie to you for fear of losing you. This is especially true for those husbands who are having extramarital affairs. He still does not want to lose you, but he is also incapable of letting the other person go. He willingly undergoes infidelity, but he is unwilling to lose his marriage to you.

He will also lie to you in order to avoid disappointing the people around him. If you have children, he does not want them to be disappointed in their father. If he has friends and family who have always looked up to him as someone successful or trustworthy, then he does not want to ruin his image and that can make him turn to lying.

For all of these different reasons, one underlying event that causes them to lie is to cover up something. He wants to cover up what he is doing, his true nature, what his current situation is, or his feelings and emotions. Instead of facing the truth, he wants to create a make-belief world wherein all is perfect and without problems.

But the truth is, the more your husband lies, the worse your marriage becomes. Instead of building your relationship with trust as the foundation, your husband is replacing it with pillars of lies and delusion.

Talk to Your Man

The best way to deal with a lying husband is to talk to him sincerely. You don’t want to put down the emotions and the status of your husband by saying to him straight to his face that he is a liar. All should still be done in a loving kind of way.

You can approach this by sitting your husband down and opening your heart to him. Do not let your own emotions get in the way. You can only fix your husband’s problems if you keep an open mind with regard to the situation.

Look him in the eye and tell him that you know all about his lies. You can ask him directly about his reasons for doing this to you. If he does not open up because of the shock of the news, let it percolate in his mind a bit so that he can process what has happened. After a few minutes, you should ask him again.

Your end goal should always be to fix the marriage and stop the lies. If the past lies violate your legal relationship as husband and wife, you can ask help from specialists to intervene. If the lies affect other people, you should help him repair the other broken relationships.

Some say that a woman’s intuition is not true. But in a study conducted by researchers at Berghofer Medical Research Institute, the results indicate that women are consistent in determining the mood of a person based on his eyes on the picture shown. In total, 90,000 participants were included in the study.

In a paper about Human Communication Research published in 2010, an online survey was conducted with 1000 participants, a combination of men and women. The average number of lies told per day is 1.65. This means that any person does lie at least once a day.

link to Why Do Goats Scream? (Explained and How to Stop Screaming)

If you are looking for a very quiet pet, then a goat obviously shouldn’t be on the list you are considering. Yes, goats are loud and scream a lot. Curiously, some of those bleats sound like a human...

Goats are energetic jumpers. If you have raised goats at a point, you can relate to that fear of your goat gleefully leaping over the fence. Full of energy and enthusiasm, goats fancy leaping as high...