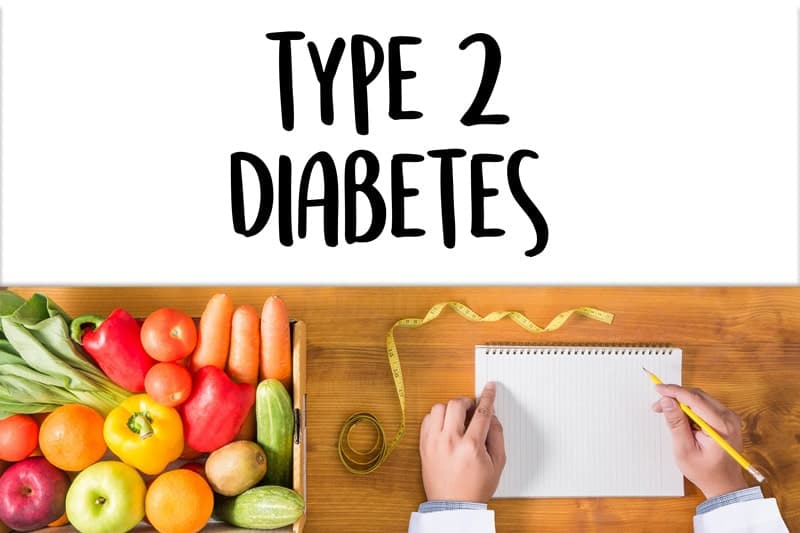 Having your children diagnosed with type II diabetes can be scary. Parents of newly-diagnosed diabetic children usually have a lot of questions, and the question at the forefront of their mind is often whether or not diabetes can be reversed. I’ve prepared this guide to help you to find the answer.

There’s no guarantee that type II diabetes can ever be permanently reversed in children. However, studies show that it is possible for type II diabetes to go into remission, which means your blood sugar levels are below the range for diabetes and you no longer need medication to keep it under control. Studies show it may be much easier for 10-year-olds to achieve diabetes remission than adults, as it’s easier to ‘reverse’ diabetes early on.

There’s a lot more to say on the topic. Read on, and I’ll explain everything we know about type II diabetes in children and what you can do to reverse it.

How Do You Reverse Type II Diabetes in Children?

It has long been thought that the key to reversing diabetes is weight loss in children that are overweight or obese. The chance of achieving type II diabetes remission is significantly more likely when you lose around 15kg.

This is especially true if you’re only recently diagnosed (within the last few years) and your body hasn’t stopped producing insulin entirely yet. It’s likely that 10-year-old children with type II diabetes haven’t had the disease for very long, so remission is more likely than it is for adults.

A report published in 2005 demonstrated how children with type II diabetes were able to beat the disease by losing weight during a study in Singapore.

The study, which took place in a children’s hospital, saw a reversal rate of 12%. Four out of five of the diabetic children in the study were obese. After losing weight, their cells were able to deal with their blood sugar levels more efficiently. A doctor at the same hospital said hat reversal rates can be as high as 50% in children with pre-diabetes.

Similar results have been proven to be attainable by adults too. For example, two separate studies in England placed diabetic adults on severe calorie-restricted diets to lose weight and found that around half of them were able to reverse their diabetes and remained in remission for at least 6 months.

It’s important to remember, however, that ‘reversing’ diabetes isn’t always permanent, and you can never be totally cured. You can enter remission and often go without symptoms for many years, or even a lifetime, but there’s no guarantee that symptoms won’t return in the future.

Researchers believe that having too much fat stored in your liver and pancreas is related to diabetes, and losing this fat can help to reverse it.

Beta cells in your pancreas play an important part in helping your body to control your blood sugar levels by releasing insulin. In individuals with type II diabetes, these cells don’t work quite right and shut down. Scientists now believe that these cells can be ‘rescued’ and start working again by losing weight and reducing fat levels in the liver and the pancreas.

The odds of being able to save those important cells are best early on, which is why the prognosis is better for recently-diagnosed patients.

Some doctors believe that the best course of action is to help patients to lose a lot of weight as soon as possible after a diagnosis, rather than to just manage the symptoms with medication. With that in mind, let’s look at how you can lose weight quickly.

The Best Way to Lose Weight

When it comes to losing weight, it’s all about calories in vs calories out. Calories are units of energy. When your body uses more energy than you take in, it draws more calories from your fat stores, which leads to weight loss.

Weight loss in diabetic patients is usually achieved by one or a combination of:

Let’s look at each of these options in a little more detail.

A diet plan is best created with the help of your doctor or healthcare team as they can take your personal circumstances into account. However, here are some general tips on how to create an effective diet plan to lose weight:

Regular exercise can help diabetic children to lose weight by increasing the calories they burn each day. The World Health Organization recommends a minimum of 60-minutes of moderate exercise per day for children aged 5 to 17.

Encouraging your 10-year-old to play outside or join a sports club and limiting their screen time can be great ways to increase the amount of exercise they get.

In certain cases, a doctor might advise a diabetic patient to consider bariatric surgery. This type of surgery reduces the amount of food you can eat by physically changing your stomach and digestive system, thus restricting your calorie intake.

Some researchers estimate that more than 75% of patients that undergo bariatric surgery are able to reverse their diabetes.

Scientists are not entirely sure why bariatric surgery is so successful at treating diabetes, but it’s been theorized that it may help treat diabetes in other ways aside from weight loss, such as by affecting the hormones that help regulate blood glucose.

As surgery always comes with risks, doctors don’t usually consider it unless you have a BMI of 35 or more. It’s worth discussing the option with your doctor if you feel that bariatric surgery might be right for you.

What are the Symptoms of Type II Diabetes in Children?

Many people suffering from diabetes don’t know they have it as they fail to recognize the symptoms.

The CDC estimates that around 23.8% of those with diabetes are undiagnosed. It’s even more difficult to diagnose diabetes in children as the disease tends to develop slowly, and some children may have no symptoms at all.

Here are some of the main symptoms of type II diabetes in children to look out for:

Type II diabetes isn’t a death sentence. It can have serious health implications but, with proper management and prompt treatment, the symptoms of type II diabetes can be largely kept under control.

A report from 2010 in the UK found that type II diabetes can reduce overall life expectancy by up to 10 years. However, every patient is different, and the impact will vary from case to case depending on a number of factors.

Raising pigs can be a simple, joyous experience, but from their housing needs to the sheer amount of food they consume, there's a lot to consider beforehand if you want to raise happy and healthy...

African Greys are one of the oldest parrot species to be cared for by humans, with our companionship dating back as far as Biblical times. But as popular as these beautiful birds are with us, they...