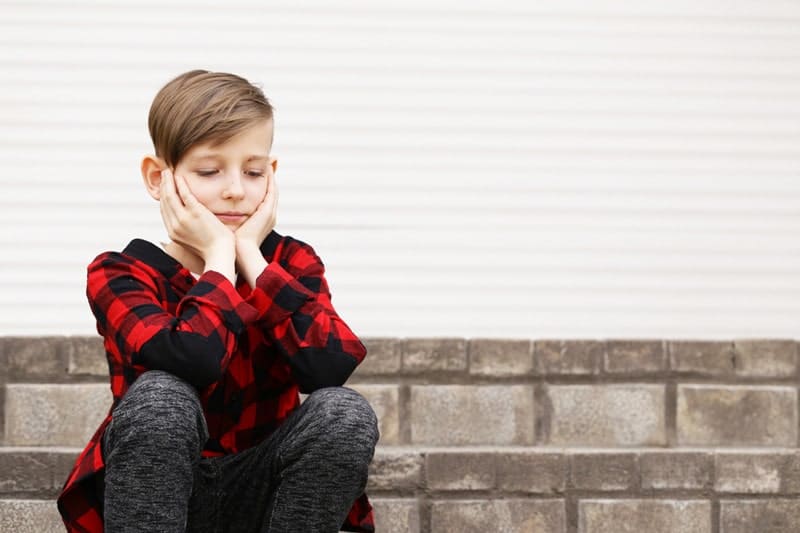 What first began as a seemingly light-hearted activity for him to dress in his sister’s —or even mommy’s— skirt or dress a few months to a few years ago has now persisted into his tenth birthday. Not everyone shares a forgiving attitude towards your son’s continued hobby, and at the very least, you and/or other family members are beginning to express concern regarding the potential impact to his social standing and mental well-being.

Deep down in your gut, you understand that addressing the act of a cross-dressing 10-year old boy becomes a matter far more than simply respecting his autonomy and warding off bullying.

Fundamentally, there is no problem with a ten-year old boy wearing female clothing. The notion of children repeatedly enjoying activities expected of the opposite sex by itself poses no short or long-term risks to their well-being.

How you choose to handle your approach can make the difference between a stressful escalation of conflict or a harmonious resolution. However, it would be remiss to neglect discussing the potential consequences and risks of harmful interaction with family and peers who do not share your sympathy and understanding.

Marcus Aurelius famously said, “It’s not an offense if we choose to interpret it that way.” It may help to clarify to yourself if you are asking if it’s okay on behalf of your personal biases or the community to witness your child cross-dressing, and rather how the boy chooses to express his identity at his young age really is that big of a deal. It’s also helpful to remember that historical criteria for what constitutes as “boy” and “girl” clothing differ throughout various cultures and eras.

In fact, crossdressing in children is increasingly getting accepted by today’s media, as more and more celebrities’ children are shown in the spotlight participating in hobbies that used to be monopolized by the fairer sex. But if the idea of your son donning girl’s clothes is at odds with his mental and physical well-being, then co-existence may not be an option.

Why is He Trying on Girl’s Clothes?

If his wardrobe experimentation has just begun, it’s probably crossed your mind that a boy is simply trying on clothes from the opposite gender out of simple curiosity. And in many cases, it is.

Statistics from the board of family show that 70% of boys have dabbled in putting on their mommy’s cardigan, and of those 70%, more than half did it out of mere curiosity. Almost all of these boys are married, happy husbands and fathers with a family. Therefore the age-old adage of “It’s just a phase, mom!” may ring a relevant tone in some circumstances.

Not all the reasons for trying on his sister’s tutu may stem from good-natured wonder or a desire to have fun. Trying on girl’s clothing can also be his personal, unique response to the stress building up around his life. Maybe there’s a new baby on the way, for example. He may make it obvious the articles of clothing missing as a means to grab your attention.

Stressors regarding family life may be anything from believing that his parents would love him greater if he were the other sex to having an unhappy relationship with male family members and friends. His friends or peers outside the house teasing him as effeminate or “sissy” may further prompt him to explore the label through the world of apparel.

There are rare cases where it may be that a boy makes a habit of cross-dressing out of having a genuine dislike of being the male sex, to which it may be necesary to have a talk with a therapist or counselor (See a list of reasons a child may not be happy with his or her sex here).

The Psychology of Cross-Dressing

Your son is at an age which Piaget, the famous French psychologist, would have considered to be the later years of the Concrete Operational stage. This means he’s started developing less egocentric views, and is able to understand his relationship with the world around him much better than he did two to four years ago.

If he’s making sense of the external environment around him via the medium of clothing, then so be it. The excitement and mystique from cross-dressing can be understood to be rooted in the same socially acceptable views regarding dressing up for Halloween, except instead of Johnny being a firefighter, ghoul or policeman he wishes to be momentarily Jane.

Nevertheless, we must realize that the reasons and influence upon a person’s mind while cross-dressing differ per individual. One boy may feel become addicted to the release of dopamine in the moment of sharing female identity through clothing, while another may feel nothing but shame and embarrassment. Their brains may simply be wired differently.

Therefore there is minimal priority in beating ourselves silly in determining whether the causes lie on nature or nurture, when modern science currently knows so little on the origin of these desires and subsequently how to prevent them.

If a boy is making an open show dressing in girls’ clothing, it can mean that he is completely comfortable being himself in front of you and family members. Conversely, nearly all children who crossdress behind locked doors signify that they are ashamed of their activity.

Rather than conveying exasperation or anger at a child for having something to hide from you, it is vital that you continually offer him the same love and understanding you have always given.

Suppose that for whatever reason the planning for family trip fails to include bringing a change of spare dry clothes for the son, the lack of appropriate apparel forcing the boy to make do with his sister’s hand-me-downs.

Such a one-time emergency, born from necessity, is unlikely to make any mental impression upon the boy for the rest of his life, so long as it was an experience free of shame and humiliation from surrounding witnesses.

Unsurprisingly, nearly all of the risks and potential harm that may pose to a cross-dressing boy of any age stem from how others may view his behavior. Despite its increasing acceptance in the media and overall public, cross-dressing is still looked down upon in conservative and old-minded communities. In many religions, particularly in the West, cross-dressing is considered a sin.

Therefore it is of utmost importance to make sure that before moving to a new neighborhood that you have judged its community to be receptive or tolerant, and does not display overt hostility to gender-nonconforming displays in children.

Choose a school for the child where the staff, administration and collective student body values differences and individuality. The most detrimental harm to a 10-year old’s psyche derive are the same consequences derived from public ridicule and bullying, rather than from the act of putting on girls’ clothing itself.

Don’t bother installing and locking the keys to the wardrobe— it’s an inconvenience for both parties. An object of coveted value will eventually find its way to a child’s hands. You fear pushing him because you worry that doing so would further entrench his habits. Lao Tzu famous quote in the Tao Te Ching, “Can you love people without changing them?” are the perfect words to serve as your guidelines.

When in doubt, settle on the softest path of least resistance. Advise him on how others may interpret his hobby, as opposed to threatening him with the possible scorn of his classmates. Suggest that he only crossdress privately at home, as opposed to enforcing the rule as a command. Don’t keep his cross-dressing a secret from other family members, as when the secret does get out both parties will be hurt upon discovery.

Never tease, name call or use harmful, negative language. Assure your son that he is getting help if receiving therapy, as it is not something to be ashamed of or reviled for.

Above all, seek to understand and demonstrate genuine empathy for your child’s feelings and individuality, which will make any personal talks all the more easier and smoother in the future. Appreciate and make a show of noticing what the child does well, instead of going out of your way to criticize something you feel he should not be doing.

Remember the values taught to us if not through our parents or teachers, then through history’s greatest philosophers and thinkers to accept all people as they are, regardless of differences. The late Fred Rogers closed every ending of his show with his sincere reminder that “you made this special just by being you.”Differences make the world go round, after all.

Is it fundamentally okay for a ten-year girl to wear boy’s clothes? Yes, just as it is okay for boys to play with dollhouses, and vice versa for girls to play with or dress in boy’s toys and clothing respectively.

Will cross-dressing make my child gay? If you are concerned as to the boy’s future marital status and/or sexual orientation, you may be informed that very few people who cross-dress as children end up homosexual as adults.

Is my 10-year old possibly a transgender? While is extremely difficult to obtain accurate statistics regarding children in cross-dressing or transgender, the chances that he would grow up to be transgender are extremely small, since in the US there are 0.3% of adults who identify as transgender. There are a myriad of significantly more detailed and available resources regarding the diagnosis and handling of transgender children on the web.