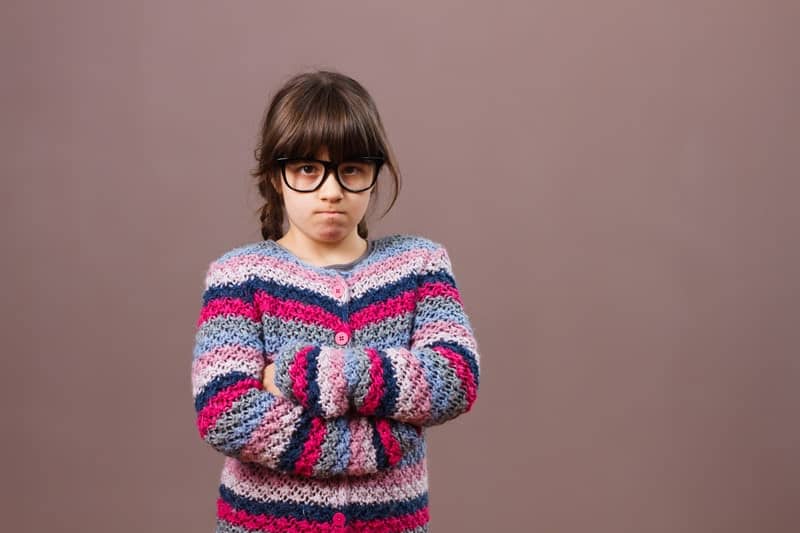 Temper tantrums are extremely common in toddlers. Toddlers throw temper tantrums to show they are hungry, sad, frustrated, dirty, and whatever else they need to let you know. Toddler tantrums are a normal part of the developing of communication and emotional skills.

But what if your child is 10 years old and is still throwing tantrums – should this concern you? Although it isn’t nearly as common for an older child to throw a temper tantrum than it is a 3-year-old, quite a few 10-year-old kids do still do throw temper tantrums.

There’s very likely more behind the tantrum when a 10-year-old does it. There are a lot of reasons behind why an older child may still be throwing temper tantrums – and luckily, most of those reasons are manageable.

What Are Some Reasons Why A 10-Year-Old Might Throw A Temper Tantrum?

There are a surprising number of reasons why a 10-year-old may throw a temper tantrum. And most of the time it’s almost totally out of the control of the child. In fact, most children who throw temper tantrums couldn’t tell you why exactly they do it.

The more common reasons why an older child may throw a temper tantrum include:

Some kids learn to deal with their emotions and how to acknowledge their feelings later than other kids for a variety of reasons. And if they’re not sure how exactly they’re feeling, or don’t know how to control sadness, anger, or other unpleasant emotions it could very well send them into meltdown mode.

If your child has anxiety about a person or a specific place it’s easy to see why they may throw a temper tantrum if they have to be put in a situation to be around that person or place. And if they’re having a tough time keeping up in school chances are they will throw a tantrum before they have to go to school or while they’re attempting to do their homework.

And even if your child hasn’t had a tantrum in several years if they’re undergoing a period of change in their life such as a new living situation, new addition to the family, or changing schools it’s not uncommon for tantrums to start again.

Your child can be dealing with any or all of these things and that’s why they’re 10 years old and still throwing temper tantrums – or starting to throw tantrums again. Most of the time if you’re able to figure out what the problem is and get to the root of the matter the tantrums will soon stop.

In some cases, you may need to look for a little more assistance in getting through tantrums.

How Can I Prevent My Older Child from Having A Temper Tantrum?

There are quite a few ways you can prevent your older child from having a temper tantrum. It may take some trial and error to figure out which one will work for your child. And honestly, sometimes one may work better than another in different situations.

It’s important to note that these are simply some ways to deal with your child’s temper tantrum. Trying these solutions are a great place to start when you’re feeling powerless against your 10-year-old who is throwing yet another temper tantrum.

It’s best to start implementing these tantrum stoppers when the child is younger, but starting at any time will still help.

Be A Good Role Model

Show your child how to stay calm in stressful situations by staying calm yourself. You may even want to practice some mindfulness exercises with them to help them manage their emotions.

After all, if you’re lashing out whenever you get angry or upset you can’t be too surprised when your child does too.

Make Sure Their Needs Are Met

Children who aren’t getting their basic needs met likely going to act out because they’re not getting what they require to be safe and healthy. All children need:

Think back to the last time you felt your temper rise – chances are you were hungry, tired, or hadn’t had enough time to yourself recently. Children have the same needs, but sometimes they aren’t able to communicate that they need some alone time or that they are tired without throwing a temper tantrum.

A lot of times all kids want is to feel heard. A few ways you can help your older child work through their temper tantrum are to:

Often once you offer this support, you’ll notice your child starts to calm down. Don’t bother to try to reason with them during their temper tantrum. Just state your support and make a note to talk about any other concerns later, when they’re calmer.

Our first instincts are usually to step back or yell at them to stop if they are having a temper tantrum. But if you’re able to step in and hug them, or at least place a hand on their arm, look at them, and acknowledge their emotion directly you should notice this helps.

When you’re angry doesn’t it feel good if someone offers you some support and solidarity?

Take a quick inventory of the situation to make sure this is not about something else – their functional needs not being met, or another issue they’re dealing with.

You can still offer support without giving in. Look at your child directly and firmly say “you’re not getting another toy today.” And never give in to simply make them stop. They should soon learn that temper tantrums aren’t going to get them what they want.

At What Age Do Children Typically Have Temper Tantrums?

When you’re watching your child have a temper tantrum it can seem like it lasts forever! Tantrums can vary in length due to many reasons including the issue behind the tantrum and the child but usually, they’re about 5 minutes to an hour.

Yes, these can sound a bit scary, but temper tantrums related to mood disorders can be fairly manageable with the right tools and treatment.

When Should I Seek Medical Help for My 10-Year Old’s Temper Tantrums?

There may come a time when you will need to look into getting extra help for your child’s temper tantrum. Seek medical attention if you spot any of these things happening:

Please don’t worry, because most of the time temper tantrums aren’t serious but if you’re at all concerned about your 10-year old’s tantrums we recommend you seek help from a health professional.