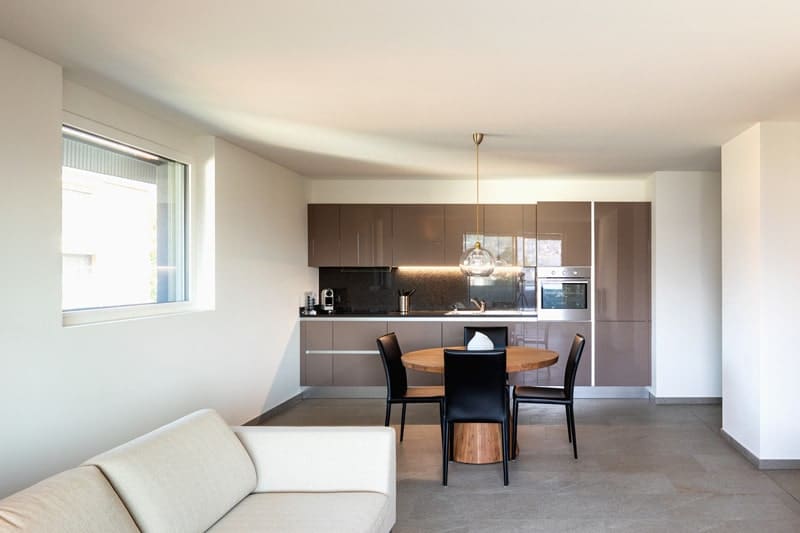 Just a few months ago I was scavenging over the internet, searching for a new Bungalow that I could move into, after my job transfer. I remember most sites talking about the size of the house, in square feet, but I could not really figure out whether the garage was being included in this square footage or not.

It is important that you understand what disqualifies and in special cases, qualifies a garage to be considered as living space. This is because such conditions will influence the appraisal process of your home in case you’ll want to sell it, buy it, or request a loan with it as collateral.

What Kinds of Measurements are Used in a Home?

Two kinds of measurements are used in determining the size of a home. These are:

The total square feet of living space is the total area of livable space inside the house. This includes the bedroom, bathrooms, and living area. This is the measurement usually taken by appraisers when they are trying to measure the value of your home.

On the other hand, the total area under the roof measures not only the living space, but also other areas of the home such as the balconies, garages, and porches.

As far as this measurement is concerned, you can only use it to get a quote for engineering and building purposes, but never for appraisals.

Why the Garage is Never Considered to be Living Space?

As per the offered regulations and the American National Standards Institute (ANSI) standards, garages are never considered to be living space because they do not have the same finishing as the house, and they usually don’t lie at the same level.

Chimneys and windows also fall into this category because apart from not being finished, they do not lie at the same level too.

So, that begs the question…

What is a Living Space?

Legally, living space is described as a space in a structure where a person can live, sleep, eat, or cook. It should also be protected from the elements, meaning, the space must be heated.

More importantly, someone should be able to perform all these activities within that space, all year round. Then, that space can be considered as habitable.

What Counts as Living Space?

Conditioned, interior spaces such as the kitchen, bedroom, bathrooms, and living room count as living spaces.

Similarly, enclosed patios that are air-conditioned (if the rest of the house is), heated and have similar quality with the house as far as the workmanship is concerned are also considered to be living spaces.

What Doesn’t Count as Living Space?

On the flipside, areas such as unfinished utility spaces, toilet compartments, halls, storage areas, and closets are not considered to be living spaces. However, interior closets, utility rooms, and entries can still qualify to be living spaces as long as they are finished and built to the home’s general standards.

Unfinished areas such as the basement or attic are also not considered to be living spaces. The same case applies to the garage.

Living spaces that are detached from the house or have to be accessed by traversing through a non-living space are also not considered to be living space. An example is a small office building next to the property or an enclosed storage area located within the garage.

An Attic May Still Qualify

An attic may, in some cases, qualify to be called a living space if it has been finished and conditioned as the rest of the house. This means that it should conform to the original structure and the ceiling should be high enough, with the area being conditioned, for it to pass the test.

According to ANSI standards, the minimum ceiling height required for a living space is seven feet. This may be compromised to six feet and four inches in areas where there are obstructions such as beams and ducts.

This is the mark your attic should meet as far as the ceiling height is concerned.

How Can My Garage Qualify to be a Living Space?

Qualifying your garage to be categorized as a living space essentially means losing the garage altogether.

Well, according to most state laws, once a garage has been converted into a living area, it can no longer be used for parking or storage purposes.

You First Need a Permit

All your conversion efforts may be fruitless if you do not obtain the proper permit to legalize the garage conversion process. In most cases, if you’ve hired a professional contractor, he/she will obtain the permit for you.

These permits are usually issued by the county, but some cities and towns may have extra regulations that you may need to abide by.

Electrical, mechanical, and plumbing permits may also be needed, depending on the scope of the conversion.

You Need to Meet the Set Standards

At the end of the day, your garage will have to meet municipal standards for it to be qualified as a living space.

Basically, this requires that the construction standards are equal to that of the house, the heating and air conditioning is similar to that in the house, and the area should be accessible via a hallway or door, without leaving the house.

In addition, the issued building permit will stipulate how high the ceiling should be, the kind of ventilation that should be installed, how many heating and electrical outlets should be made available – among a plethora of other requirements.

If in any case, you fail to meet these set standards, you’ll be risking the cancellation of your homeowner’s insurance policy, hefty fines, and even demolition of the unapproved work.

Once you convert your garage into a living space, you can no longer park cars there or use it as a storage room. This may shorthand you if you are planning to sell the house as most buyers would cringe at the idea of not having a garage.

Worse still, if your county requires that your property has a covered, off-street parking spot, then converting your garage into a living space would mean building a new one or in the best case, a carport.

What to Do If Your Garage is Unattached

In case your garage is unattached to the house, it will not be included in the appraisal of your home. This, however, doesn’t mean that it doesn’t pay converting your unattached garage into a living space.

Doing this can still improve the overall value of your property as it can be included as a detached living space, such as an in-law unit or guesthouse. This can be a huge attraction for a large family seeking some space for their elderly folk, within the compound.

Yes. Bathrooms are considered to be living spaces since they fall under the category of livable square footage. This means that they use the main heating and air system in the property.

More importantly, they also lie in the same level of the house and in most cases, they have the same finishing and construction quality as the house.

This is a yes and no question, and a source of serious debate within the real estate community. According to ANSI standards, a basement, whether finished or not, is simply not part of the living space.

However, it’s a common practice among many homeowners to list the size of the finished basement separately, within the same listing.

Thus, despite ANSI vouching against it, you’ll still find homeowners listing the size of their finished basement, but not directly included in the livable square footage of the house.

Can I or My Real Estate Agent Measure the Square Footage of my Home?

This is not advised. A home’s Gross Living Area (GLA) measurement should be left to an approved appraiser. This is so especially if you want a reliable figure.

Well, in most cases, houses are not perfectly square. Thus, the appraisers do a special mapping on a piece of graph paper so as to get the actual or best estimate size of the house.

In addition, a few other rules apply during the measurement process. For instance, an appraiser may fail to include a space or area where illegal construction or reconstruction took place – that is, without a building permit.

This may be in areas such as basements and lofts.

The common practice is that when a home’s square footage is advertised, the figure is usually derived from previous sales or even date as far back as the builder.

link to 14 Treats for Baby Chicks (How Ingredients Benefit Them)

Treats like mealworms, grasshoppers, pumpkins, alfalfa, and corn count among some of the most popular treats baby chicks enjoy. These treats can be a vital source of proteins, minerals, and vitamins...

It is not uncommon to mistake goose for ducks. Among many other similarities, both birds share the traditional webbed feet and flat bills waterfowls are known for. These birds tend to travel together...