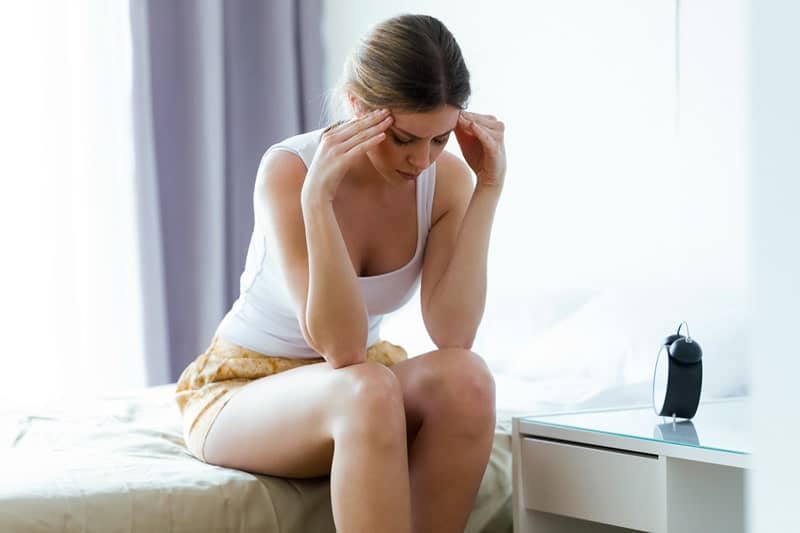 You expect a lot to change after you get married. Your lifestyle will surely be altered after marriage because you are now living with another person. Your mindset also changes, since you think not only about yourself but also about the welfare of your spouse. But do you know that there are also hormonal changes after marriage for men and women?

We often associate hormone effects with women. To a certain extent, it is true. Women undergo many changes after getting married. But men, too, experience some changes in their hormones once they get married.

As husband and wife, you should create a loving environment for your spouse. You cannot grab hold of what the world does to your family, but you can control yourself. Make your husband or wife feel loved and cared for. Whenever the hormones change in his or her body, appreciate it and just continue cultivating your relationship.

Men and Women Before Marriage

Men and women, when they reach puberty, have some hormonal changes of their own. According to Kidshealth.org, at a certain age, the body produces gonadotropin-releasing hormone or GnRH. This hormone goes to the pituitary gland. This is the master gland that controls other glands in the body. The pituitary gland produces two other hormones that are needed in puberty—luteinizing hormone and follicle-stimulating hormone.

For men, the hormones give the signal to the body to start producing testosterone, a hormone that is responsible for making physical changes in the body, like the development of the Adam’s apple or laryngeal prominence, deepening of the voice, muscle building, and growth of hair in different parts of the body.

The hormone also tells the body to start creating sperm. The sperm is the reproductive cell in the male body. It is needed to fertilize the egg of a female and produce a new living human being.

For women, the luteinizing hormone and follicle-stimulating hormone go to the ovaries and begin producing another hormone called estrogen. These three hormones cause women’s bodies to mature, from the widening of the hips, the enlargement of the breasts, and the growth of hair in some parts to the development of egg cells in preparation for pregnancy.

Puberty in boys starts around age 9 to 15. For girls, it is often earlier, at about 7 to 13 years old. The changes will start to become evident as they grow to become men and women.

Questions have been running around regarding the sexual peak of men and women. The confusion in the debate is because of Alfred Kinsey’s work entitled Sexual Behavior in the Human Female, which was written in 1953 and discussed the hormonal development and sexual peaks for both men and women.

But according to an article in MedicalDaily.com, a peak in hormones does not necessarily mean that a person is in their sexual prime. Testosterone levels of men are at their highest during early adulthood. This is known as the genital prime. It is when the body responds quickly and is easily aroused.

For women, the peak of hormonal development is during their mid to late 20s. The decline of the production of hormones starts at the early 30s.

Hormones can affect the sexual height for both men and women. But other elements are factored in like personal sexuality, body confidence, and intimacy with your partner.

What Happens to Men After Marriage?

Men rely mostly on the testosterone hormone to stimulate signals to the body. The production of this hormone fluctuates once you get married. This is indirectly related to outside factors like your relationship to your wife, events in your life as a married couple, work, career, personal goals in life, aspirations, and contentment.

It is directly connected to how men think. If he is in a state of confidence and stability in his life, his testosterone is at a high level. But when there are problems, issues, and concerns regarding married life, the body produces less of these hormones.

This is evident as stated in the article published in Global and Mail Inc. For men, testosterone levels go down during pregnancy and decrease even more when the baby arrives. These are biological changes that happen in men.

These changes occur to make men adapt to the nurturing of their babies. It promotes bonding between men and their children even before the baby arrives. Some hormones that are expected to be produced during pregnancy, like prolactin, can also fluctuate for men.

Studies show that men can also have these hormones during pregnancy, but to a lesser degree than women. There was also a study showing that men who have increased prolactin levels are more easily alerted to a baby’s cry.

This means that the mentality of a husband changes because of marriage. Not because they just decided on their own, but because their bodies say so. Some hormones are deliberately increased, while some are decreased to accommodate new experiences and nurture new relationships.

What Happens to Women After Marriage?

Estrogen is the hormone that is responsible for the reproductive growth in a woman’s body. It gives females softer skin, broadening of the pelvis and the development of the breasts.

Progesterone, on the other hand, is the hormone that signals the body to create tissues and prepare the uterus for pregnancy.

The levels of these hormones fluctuate on a daily basis. Changes can be caused by internal factors like physical and mental health. They can also be affected by the environment that a woman experiences, such as problems at work, arguments with your husband, and other social stimuli.

But two main causes of hormonal changes in women’s bodies are the menstrual cycle and pregnancy.

The menstrual cycle is the number of days that you can count from day one of your period to day one of the next. On day 1 of the menstrual period, the estrogen and the progesterone levels are very low. This, in turn, signals the follicle-stimulating hormone to mature the sac in the ovary that will contain an egg.

During pregnancy, the menstrual period stops for nine months. This is because the egg cell produced by the body is fertilized. Hormones in the body start making physical changes so that the baby can grow safely and securely inside the womb. Blood vessels are formed and nutrients are transferred to support the baby.

The estrogen and progesterone levels are at an all-time high during pregnancy. The increased levels are expected for the body to provide a healthy environment for the baby until the third trimester of pregnancy. Estrogen develops the milk duct of the breasts. Progesterone transforms the uterus from a small size to a dimension that is big enough to contain a baby.

Another hormone that the body may produce during marriage is cortisol. This is known as the stress hormone. It is actually a steroidal hormone that is distributed throughout the cells of the body to influence them to act accordingly. It can manage blood sugar levels, regulate metabolism, and create balance in the body.

But too much cortisol can cause a condition known as the Cushing’s syndrome. You can have high blood pressure, osteoporosis, bruises and skin marks, weakness of the muscles, anxiety, depression, and rapid weight gain.

Before your spouse reaches high levels of cortisol in the body, you must be careful not to induce stress into your relationship. You must be open to listening to what your partner has to say. You should be ready to communicate and hear about the problems and the struggles that your husband or wife is having.