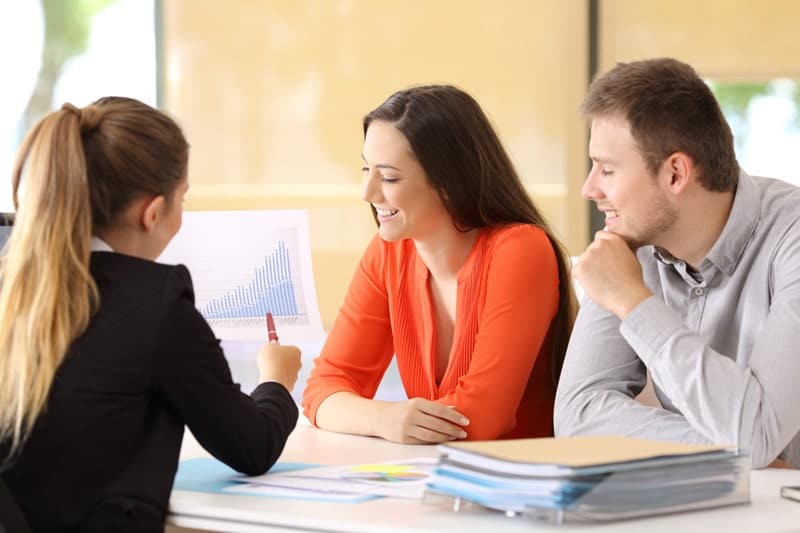 There are countless pros to getting married aside from the obvious emotional and physical ones, and a great deal of them are the many financial benefits you gain after marrying your significant other.

Many people think that adding a new member to an insurance policy would make the costs drastically go up, and while it might initially, overall the savings for both spouses outweighs the initial increase. Combining your earned incomes will also help with saving money and could put you into a better tax bracket and you can receive more money back during tax season. There are also tax exemptions just for married couples.

Lots of couples decide not to get married and just stay together and cohabitate. While doing this sounds like a better option, and it is for some, you lose a lot of the financial benefits you would receive if you got married. Some couples start by cohabitating in college and then get married while in college. Surprisingly, there are quite a few benefits to getting married in college.

There are so many benefits when it comes to taxes after you marry your loved one. Being able to file jointly is one of them. This means you combine both incomes as one and file based on that total earned income rather than filing as individuals. There are also marriage deductions and exemptions, which can help you get more out of your taxes.

Each spouse would acquire more legal rights to things like Social Security and pension plans of the other person. You can also combine IRAs. Being married makes it easier to transfer assets from one spouse to the other, mainly in the case of one passing.

Remember, when a couple gets married, if there is a name change, the SSA (Social Security Administration) must be notified. Because taxes are filed using the Social Security Number (SSN), the number must match the name on the card. So, if you change your last name, you must update your SSN or the name on your SSN as soon as possible. It is best to wait to file until this process is complete to avoid any confusion.

Always check what the tax policies are in your state. These policies change quite often and depending on your income changes (ie. Raises, new job(s), lay-offs) will affect how you file. They can also vary from state to state. Talk to a financial advisor about withholdings and what would be the best option for you and your spouse.

Of course, with every pro, there are cons.

Often, if there is a large difference between the incomes of each spouse, the lower earner will cause the higher earner to be pulled down to a lower tax bracket. This will cause the couple to owe fewer overall taxes. However, if both parties make close to the same amount, they can be bumped into a higher tax bracket an owe more.

Another reason that filing jointly as a married couple is better, is the expenses. It can be expensive and time-consuming to file taxes, especially for two people. Filing jointly means one payment for having them prepared and less time is taken to file. That means more money in your pocket and more time to spend together!

There are exemptions and deductions for just about everybody who files taxes. Married couples can file for two exemptions—one for each spouse—rather than the one they would have filed for if he or she were still single. Filing jointly will allow for the highest deduction amount allowed; that amount is nearly doubled. Each child claimed as a dependent will be counted as a dependent exemption.

Single people have something called “gift tax,” which is the federal tax given to a person giving anything of value to another. For this to count, the receiver must not pay in full or at all for the gift—if paying, it must be less than the item is worth. Married couples are exempt from this tax. Married couples can give unlimited gifts to his or her partner without the gift tax.

Legal Rights When One Spouse Passes

In the sadness of the passing of one spouse, there are benefits to having married that person even after he or she passes. One of these benefits is the ability to pass the estate plan over to the surviving spouse. This is called the estate tax marital deduction and it allows the estate to be passed to the other spouse completely tax-free.

Another benefit of marriage is being able to receive survivors’ benefits from a pension plan if the spouse member had one set up. You can also choose to roll over the deceased spouse’s IRA (if he or she had one) and combine it with the surviving spouse’s IRA.

Did you know that getting married also increases the number of social security benefits you may receive? Married couples can choose to claim either their own SS benefits or their spouse’s—whatever is more beneficial. This can become a big deal if one of the spouse members didn’t pay into their Social Security for at least 10 years or if he or she earned significantly less than the other.

Cons of Filing When Married

You would think after seeing all these financial benefits to marriage, there wouldn’t be any cons, right? Well, unfortunately, there are some negative things when it comes to filing taxes when married. For example: if both spouses earn high incomes, the couple might be at stake for a tax penalty when filing jointly. This happens when the joint filer’s pay more tax than their total liabilities if they were filing as single.

Another downside to filing jointly is being responsible for the numbers on the tax form, even if you weren’t the spouse to fill it out. If your spouse messes up a number, you are equally as responsible for it as the other. This starts once you are married; any mistakes before getting married are the problem of the one who made them.

If one spouse has unpaid child support or an unpaid loan, the return could be delayed or blocked. Also, if both parties make too much, it can be harder to deduct medical expenses unless one or both had a lot of medical expenses. This is because the combined income can make it harder to meet the higher minimum amounts required.

Some wouldn’t consider working with insurance to be beneficial before or after getting married. However, there are ways to save money on insurance once you are married, and that can be beneficial to your wallet.

While spouses do not have to share insurance, it can be cheaper to put everyone on a family plan for health insurance. If both partners are in good health, sharing a plan could save both spouses money by joining a family plan. However, if one spouse has health issues, it might be cheaper to have different plans for each member.

Remember, this varies based on state and what company you want to go with. So, unless one spouse has a poor driving record, consider joining auto insurances. The multi-car discount also comes in hand when the kids start driving!

Before we talk home insurance, we need to discuss how combining you and your spouse’s incomes will give you a better chance of getting a better loan, which means a nicer house. Banks favor those with higher credit scores, so if you have a higher score than your partner, it would be best to get the loan in your name, or vice versa. However, you can combine the incomes to receive a better loan.

Now, home insurance. You can save more on both home and auto insurance by bundling them. Many insurance companies offer this, Progressive being one of the top companies. By bundling your insurance, you make one payment for both and you end up saving money because of that.

Financial Benefits of Marriage vs Cohabitation

Cohabitation is good for some couples, however, there are more long-term financial benefits to getting married to your partner, especially now that gay marriage is legal. There are no differences in the financial benefits of gay marriage versus straight marriage. The only problem you may come across is some people and businesses are still against gay marriage and might give you some problems as far as wedding planning. However, cohabitating is an option for many couples.

Financial Benefits of Marriage vs Single

Because of only having your own income being single, you will be in a lower tax bracket which will help you get more back. You might end up spending more on insurance as well, as if it’s just you, you can’t have the multi-car discount and if you don’t own a home you might not be able to bundle. Health insurance might also be more expensive while being single, too.

Financial Benefits of Married in College

You’re young and in love and you just need to marry your significant other right away, even if you’re in college. That’s okay, however, there might be some drawbacks to getting married while in college. Many college students rely on his or her parents to help pay for them to attend school, and if they get married, the parent’s might decide to stop helping financially. If they do, you might have to take out more loans or even take a break from college for a while.

Not all colleges have living areas for married couples, so living expenses would go up if the couple decides to get off campus living. They would then have to figure out how to pay rent or mortgage, utilities, food, and transportation.

One spouse might need to take a break from schooling and work to financially support both while the other finishes college, and then switch when the other graduates. If the couple chooses to have a child, then they would need to add child expenses to the list as well.

However, there are some positives. Many couples get married before attending college to help get financial aid easier. The government looks at your incomes rather than your parents when filling out FASFA forms. This can lead to increased aid through grants and subsidized Stafford loans. There are also scholarships just for married couples, usually through the individual school.

Are there financial reasons to divorce?

Financial reasons are often a cause for divorce. Even though there are many financial benefits of marriage, money is a huge stress causer and for many people, problems enough for divorce. This has a negative impact on the economy and many mothers and children end up relying on public assistance for food, housing, and health care.

It depends on the total income earned between the spouses. On average, married couples pay fewer intakes because all earnings and deductions are combined and paid based on married rates.

If you own a young bearded dragon, you may be curious about their future breeding habits, Perhaps you wish to pair two up together or have heard about females laying eggs without a male present....

It’s no question that vegetables should be part of your rabbit’s diet. But what may not be apparent is the type of vegetables that are best for rabbits. Some vegetables are safe for humans to...