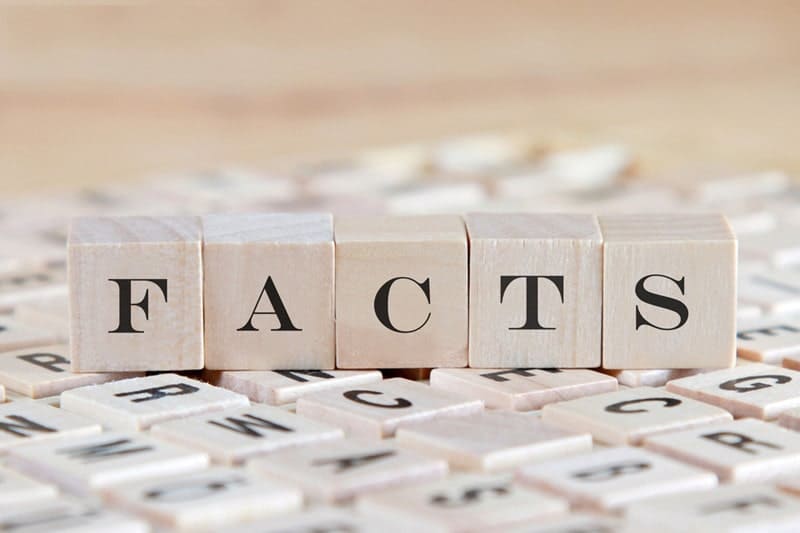 Marriage can be an amazingly blissful union between people. It can also be heart-wrenching when things go wrong. So which is it most often? I was curious to know various facts about marriage to get a more solid birds-eye view about the topic, beyond common knowledge and hype. I’ve detailed below what I’ve learned about marriage based on facts rather than conjecture. By knowing the facts, you can then see where your own marriage falls within the spectrum, or perhaps get a better idea regarding a marriage you may be considering.

So what are the most basic facts about marriage? Marriage is described as providing more satisfaction in life than money, sex, or perhaps even surprisingly, having children, according to psychologists at Wake Forest University.  But facts about marriage include some other surprising, some not-so-surprising, as well as interesting insights – ranging from how many marriages endure the test of time, variations in reasons to get married, factors related to age and education, cultural influences, and more.

Knowing facts about marriage can stimulate thinking about considerations both while you are married as well as beforehand. Furthermore, marriage facts are correlated with information about divorce rates and include variables that can either increase odds of getting divorced, or ideally, increase the odds of staying happily married.

For example, facts point to certain variables that can improve rates of enjoying a successful marriage. These include income levels higher than $25,000 per year, waiting longer to get married (over 25 years of age), higher levels of education, marrying someone close to your own age, and, interestingly, shorter work commuting distances, among other indicators.

The aim of arranged marriages had more so to do with making favorable familial connections, acquiring property, or to have children that would further family goals (to put them to work for the family, as one example). In some cultures, parents went as far as marrying a child to the departed spirit of a deceased child for the sole purpose of strengthening familial bonds.

For background, around 50 or so years ago, expectations within the model of traditional marriages began to change. With more women in the workforce (rather than staying home with children), a more balanced and equal partnership type of marriage model became more common.

Rather than viewing marriage roles of each partner based on their genders, most partners began to view their roles as more flexible in terms of the division of labor, companionship, and mutual sexual attraction and fulfillment.

This more contemporary model paved the way for same-sex marriages, as the traditional gender-based roles became less popular. Here are some interesting facts related to same-sex and gay marriage:

Currently, more than 80% of Americans who are not religiously affiliated support gay marriage. Catholics and (white “mainline”) Protestants show support at rates higher than 65%, while other religious groups largely still oppose gay marriage (black Protestants and white evangelical Protestants, as examples), though opposition still seems to be decreasing over time.

But interestingly, LGBT’s were twice as likely as those in traditional marriages to cite legal rights and benefits as a primary or very important consideration or reason to get married (46% versus 23% respectively). And, not as surprisingly, traditional marriage partners were twice as likely as LGBT’s to cite having children as a primary consideration in getting married.

In considering facts about Christian marriage, it’s important to look further back in history, as the Christian Church played a central role in marriage as we know it today. Essentially, Christian marriage was intended to be loving and lasting – truly “until death do us part.”

Counselors strongly encourage people who have been married once (and divorced) to really think about why the marriage failed. The goal is for those deeper insights and lessons learned to be fully understood before entering into a second marriage.

In that light, here are some additional interesting and eye-opening facts about second marriages worth consideration:

So second marriages tend to have less of the “fantasy” aspect (the “honeymoon” period) and more of the realities of day-to-day life as a lens.

A sexless marriage is considered one where partners have sex with each other fewer than 10 times per year ( according to marriage counselors and professional standards). And there are various reasons that a marriage may become “sexless,” even if it didn’t start out that way.

Here are some additional facts about sexless marriages:

Additional challenges include a lack of trust, anxiety and depression, overall life stress such as navigating life with children and heavy or stressful work issues, lack of sleep, and the use of antidepressants or other medications that may affect one partner’s sex drive (or both).

What is the success rate of marriage? Marriage and divorce are equally common scenarios. In Western cultures, the number of people who are married by age 50 is more than 90%. That said, about 40 to 50 percent of married couples in the United States divorce. (The divorce rate for 2nd and 3rd marriages is higher than for first marriages.)

What should you consider before getting married? A 2014 University of North Carolina at Greensboro study found that in the United States, women who live with a partner prior to marriage and those who marry at age 18 have more than a 50% chance of getting divorced. Women who put off marriage or cohabitation until age 23 have a far lower divorce rate (closer to 30%). So, waiting a bit before getting married is a key indicator.

Another factor to consider is that the “honeymoon phase” most often lasts about a year. After that time, a chemical called the “nerve growth factor” starts to wear off. Lastly, friendship seems to be the best indicator of marriage success, so consider the friendship factor before tying the knot!

Here are some of our favorite products

Thank you for reading this post. We hope you found it helpful.

Necklaces, Rings, Bracelets, Gemstones: We recommend you Get 15% off everything on the SuperJeweler site with code SJSUPER15

. Whether you are looking for birthstone jewelry, anniversary presents, Valentine’s Day gifts, or just looking to treat yourself, their delicately crafted jewellery are available in a variety of shapes, sizes and price points, finely designed to fit all tastes and budgets. Lifetime Guarantee & 60-Day Money Back Guarantee.

Watches: Keep Your Watches Safe – Get The Executive Collector Case FREE on orders over $300

. Chooing a wristwatch is a great way to express your love for him or her. He or she will be reminded of it every time they take a glance at their watch. A two year international warranty & 30 day money back guarantee.

Flowers: We recommend you Flowers

. Let him/her know you are thinking of him/her today with flowers. From one-of-a-kind roses, lilies, daisies and more! You’ll find the perfect flowers for your husband/wife that are wonderful for an anniversary, birthday or special holidays. They are normally able to deliver within 4 hours on florist delivered orders.

Crochet hooks come in many different materials from aluminum and steel to silicone, plastic, bamboo, and even glass. The most common hooks you tend to come across are aluminum and plastic styles, but...

As hobbies go, crochet is a very gentle activity as it involves a lot of soothing, repetitive stitches. Over long periods, however, this repetitive movement and constant tension in your wrists, palm,...