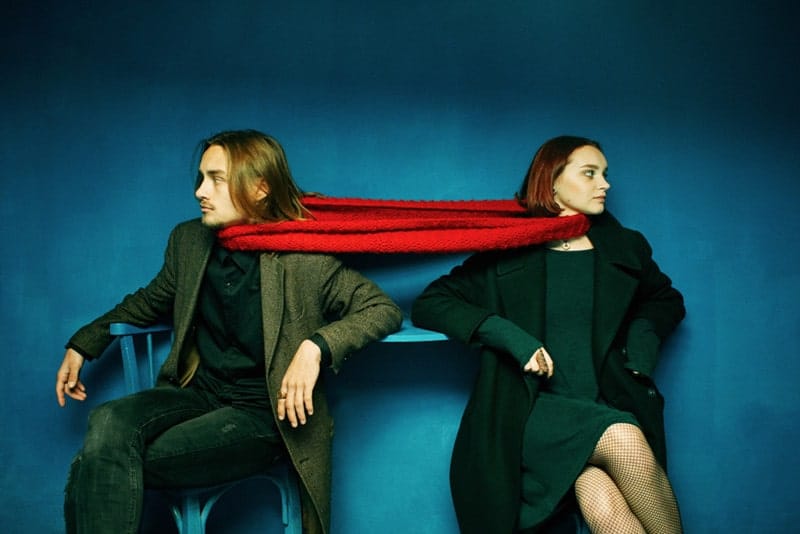 So, what is a codependent marriage? Codependent marriages reflect at least one partner’s inability to set boundaries in a healthy way to foster a mutually fulfilling and balanced marriage. One person represents too much of a selfless “giver,” while the other exhibits more selfish “taker” tendencies – leading to an emotional imbalance within the relationship.

This dynamic is also referred to as “relationship addiction,” because people with codependency habits tend to engage in destructive, imbalanced, or abusive relationships. The good news is that, according to marriage and relationship experts, there are ways to shift the balance for a healthier and mutually satisfying outcome.

What Is a Codependent Marriage?

Simply stated, one partner in a codependent marriage isn’t exhibiting healthy boundaries and is too selfless, while the other partner is on the selfish side of the spectrum. This imbalance creates an emotional distortion, where the “giver” suppresses his or her emotions and needs in order to keep the peace within the relationship.

The “taker” or selfish partner feels justified in his or her behavior, and the selfless partner is on the losing end of the equation.

The “giver” may have tried to stand his or her ground and failed, or may feel that if they do stand their ground, they would be abandoned.

Part of this dynamic is that the “giver” lacks a healthy amount of self-respect and self-esteem and often would not walk away from an imbalanced marriage. The reason is because they feel they couldn’t find another partner who would want to be with them.

The selfless partner may feel and voice resentment, but wouldn’t necessarily take the necessary steps to shift the balance at the risk of upsetting their partner.

So how do you know if you’re in a codependent marriage?

Identifying whether or not you’re in a codependent relationship can be tricky. In a marriage, we are so closely intertwined with our emotions, habits, and behaviors that we don’t always see things with clarity as someone outside the relationship would.

If you suspect you may be in a codependent marriage, this list of common signs of codependency can help.

Keep in mind that these would either relate to you or your partner, depending on which of you is the “giver” or exceedingly selfless partner in the relationship…

Alternatively, they might offer feedback about noticing when one of you wants some independence but remain too conflicted to actually separate in any way. In these cases, where you’re hearing feedback along these lines, you can add that to the list of ways you can tell if your marriage is one with a codependent dynamic.

A codependent individual is typically the “giver” in the relationship. His or her behaviors revolve around being selfless to an extreme degree, and is largely based on low self-esteem and seeking outside sources to feel better about themselves.

Here’s a list of traits commonly seen in codependent individuals, which affects their behavior and carries over into the marriage dynamics:

Exhibiting one or two of these traits doesn’t necessarily mean you are codependent. But if you exhibit more than half of these, chances are that your relationship leans toward being a codependent one. In that case, awareness, learning more about codependency, and taking action to improve behaviors are all key in shifting the balance toward more healthy interactions.

Most problems in a codependent marriage are really more closely related to problems that doesn’t stem from the marriage itself at all, but rather “bleed” into the marriage.

In an article on PsychCentral, one relationship expert explains that codependents do not have healthy relationships with themselves.  Rather, they put a higher level of importance on someone or something else. Their thoughts, actions and feelings revolve almost entirely around their partner (or other things they’ve identified as more important than themselves).  Essentially, they lose touch with the relationship to “self.”

One marriage problem that stems from this dynamic is that the “taker” becomes increasingly dependent on the “giver,” to the extent that the “giver” eventually develops a sense of satisfaction and being rewarded from being needed.

MentalHealthAmerica writers explain that care taking becomes more compulsive throughout the course of the marriage.  When that happens, the “giver” typically feels like they have no choice, and yet are still not able to stop the behavior and habits that causes the feeling of helplessness. Codependent people (“givers”) actually take on a victim mentality and choose relationships where others relate to them on that level.

So in this way, over time, the balance continually deteriorates and behaviors become increasingly more compulsive.

Systemic marriage problems related to codependency occur because codependent people have challenges regarding trust and intimacy. So a true healthy loving connection is impossible for as long as the imbalance is in place.

Communication challenges is one example of a systemic problem that stems from codependent tendencies. Because codependent people are generally not in tune with their own feelings, or they feel they don’t deserve a high level of respect, they don’t tend to voice their needs and desires in an open and honest manner. Or, when they do voice their concerns, they feel shut down or “unheard” by their partner.

This can either be the case or not; their partner may have become more demanding regarding his or her needs and is indeed “shutting down” the codependent when needs are voiced, or alternatively, the codependent person may be overly sensitive, which is a common trait linked to those who are excessive “givers.”

Whichever is the case, communication becomes less honest, and the codependent often represses his or her feelings related to needs and desires in order to keep the peace.

Can a Codependent Marriage Be Saved?

Since codependency is a learned behavior, it can be treated, and thus a codependent marriage can be saved. The key here is that both individuals need to be aware of the codependent imbalance in the marriage and willing to work together toward a healthier balance.

Most codependent adults learned this behavior in childhood by having codependent relationship models (usually the parents or caretaker). So finding some healthier role models related to marriage is a helpful idea, whether that’s making new friends who are in a happy healthy marriage, reading books, documentaries, or any other way you can find.

By identifying a healthy marriage to model, you can learn key traits and behaviors that foster healthy relationships.

Healing can be self-managed in some cases, with counseling as a better option for those who are unable to make progress on their own.

In fact, the benefits of identifying and working to improve the unhealthy codependent behavior can be hugely rewarding, including: higher level of self-esteem; capable of engaging in the marriage in a more deeply connected way; authenticity; building trust; and more.

Marriage counselor Darlene Lancer suggests these four main steps to recovery: Abstinence; Awareness; Acceptance; and Action – as explained below.  These steps relate to the codependent person in the marriage.

Abstinence or sobriety are necessary for treatment of codependency. The idea is to bring the focus back to you internally, rather than seeking an external focus. So your behavior becomes motivated by your needs, values, feelings and perspectives rather than someone else’s.

Denial goes hand in hand with addiction, regardless of the type of addiction (including codependency behaviors). So awareness is a key step in recovery. Addicts tend to deny not only their addiction, but their feelings and needs, especially related to trust and intimacy.

Self-acceptance is what we’re referring to here, and most counseling would focus on learning to accept yourself. So many adults came into adulthood with feelings of inadequacy stemming from childhood, where they didn’t feel nurtured enough, or loved enough, or accepted enough. Learning to self-soothe as an adult takes time, but it’s a necessary step toward finding a healthier balance in marriage.

Understanding the reasoning doesn’t help if it’s not backed up with a change in habits and behaviors. As your insights grow, so should your behaviors improve to reflect your awareness and understanding.

Additional Steps toward Healing – for the Codependent Person:

Additional Steps toward Healing – for both Partners in the Marriage

Setting some ground rules or “rules of engagement” offers a framework for moving forward in a healthy manner. You may both have the best of intentions. Yet, once you get back into a daily routine, long-time habits begin to rear their ugly heads once again – sending you back to square one.

Here are examples of some “rules” you may want to implement to remind each other along the journey in healing your marriage:

Another example may be if one of you has an addiction to drugs, drinking, gambling, etc. and you notice that when they indulge in those behaviors, they become needier or angrier or less caring.

In these cases, you may need to make a habit of withdrawing and taking some space during those times. And then, find a later time to discuss the pattern of that particular trigger to address the underlying causes or root of why they are indulging in the behavior. Or suggest that he or she seek treatment for that addiction simultaneously while you’re working to heal your imbalanced codependent behaviors.

It takes practice, but try listening and staying quiet for longer than feels natural and truly giving the other person time not only to talk, but to think and process their thoughts in order to express them.

When you can learn to “deeply listen,” you are offering an amazingly high level of respect.  And also a gift – the gift of being “heard” and valued. That one practice will take you both a long way toward establishing open and honest communications.

Codependency is most often rooted in childhood when one or both parents did not sufficiently fulfill their role as a parent. This could be due to various addictions of the parent (drugs, alcohol, gambling, etc.) which prevented them from fulfilling their responsibilities, wherein the child may have felt the necessity to step into a caregiver role which may have exceeded his or her developmental abilities.

What is the difference between love and codependency?

Love is different in that it is accepting and yet not enabling your partner in an unhealthy way. With love, you’ll share a mutual trust and respect, along with honest communication. Love is more balanced – one person does not feel responsible for the other, but rather responsibilities are shared.

What is the difference between enabling and codependency?

Enabling another person is not unhealthy in itself – it can be that you are helping someone else and empowering them so that they can take care of their own needs (such as with a parent enabling a child and helping them along until they become more independent). On the other hand, codependent behavior is taking responsibility for another’s needs and not empowering them to learn to take care of their own needs at all.

link to Is Boiled Chicken Good For Dogs? (Benefits and Quick Facts)

Plain boiled chicken makes for a popular meal for dogs – it may not sound hugely appealing to us, but they consider this a tasty treat! Boiled chicken is easy to prepare, has many health benefits...

Continue Reading
link to How Long is a Dog's Memory? (Explained and 22 Quick Facts)

Have you ever wondered how long your dog's memory is because you’re worried they’ll never forgive you after accidentally stepping on their tail? Don’t worry, you’re not the only person...