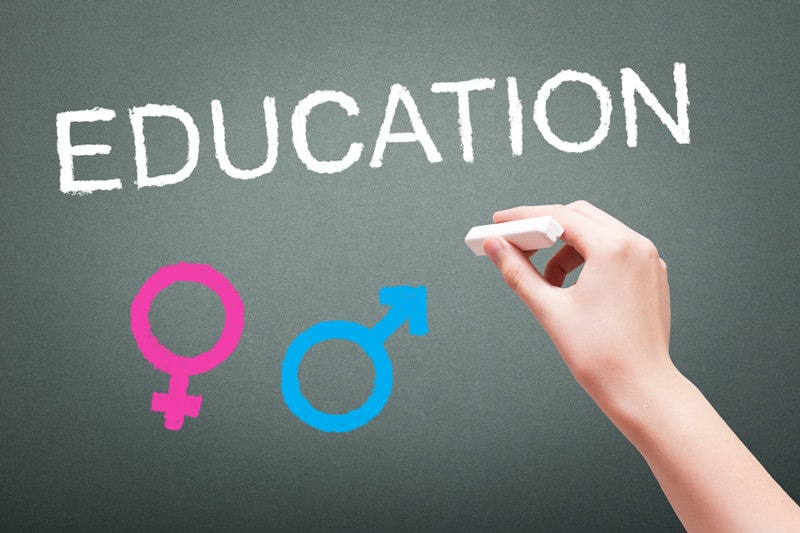 I don’t have kids of my own, but I do happen to be an uncle to a 9-year-old niece. Now, kids grow up so fast these days. They are getting to digest loads of information at such a tender age, all thanks to the internet. And one topic that they get to bring up eventually, is their sexuality.

At such a tender age? Well, yes. Matter of fact, children start developing an understanding of sexuality from the tender age of 13 months. By the age of 10, a child usually has enough understanding to properly name his/her body parts, identify genders, and even get uncomfortable under certain compromising situations.

There is a lot that a 10-year-old needs to be told as far as his/her sexuality is concerned. This is important considering the fact that a child of this age is within the pre-teenage bracket, and some may already be pubescent.

A 10-Year-Old’s Understanding of Sexuality

A 10-year-old has a deeper understanding of sexuality, almost as deep as that of a teenager. By the age of 10, your child should be able to identify his/her genital parts and that of others, understand nudity, and gender expressions.

At this point too, your child should be able to identify appropriate online behavior, as far as sexuality is concerned. This includes how to use digital devices such as smartphones and computers safely and how to respect privacy and approach the topic of nudity in the digital space.

However, since your child is probably becoming pubescent at this point, most talk shifts from the “innocent” non-sex oriented speech to talk more focused on sex, relationships, intimacy, and romance.

Well, yes. For instance, both boys and girls should be taught about contraception, safer sex, and sexually transmitted diseases, at this point. Remember, some of them are already pubescent, and are thus pre-exposed to experimental sexual behaviors.

In addition to that, the topic of pregnancy should also be handled well. A 10-year-old already understands how babies are formed and born, since they have gone through reproductive health classes.

In addition, those already on the onset of puberty will soon be aware of sexual changes that will take place in their bodies, such as strong attractions to the opposite gender.

Thus, it is important for you, as a parent, to sit down with them and answer any reproduction questions they may have at this point. More importantly, it is imperative that you explain to them that being a pre-teen or a teenager does not mean that you have to be sexually active.

Matter of fact, research shows that having such kind of a talk with your 10-year-old or tween, in general, reduces the risk of them engaging in early sexual activity.

Views on Relationships and Romance

As far as relationships are concerned, your child may already start developing romantic attractions to the opposite sex. Thus, they may have questions about romance and relationships. Your responsibility, as a parent, is to explain to them what makes a healthy relationship and an unhealthy one.

You should also tackle the subject of romance, and have them understand what it means, and what it requires – for instance, responsibility and commitment.

And since most of their time will be spent online, chatting with friends as well as strangers, children of this age may be pre-exposed to vices such as sexting and cyberbullying.

As far as this is concerned, your responsibility as a parent is to ensure your child understands the risks of sharing nude pictures online, to either friends or strangers and how to address a cyberbullying incident. They should also learn how not to be a perpetrator of one.

Children of this age tend to consume a lot from the media, directly. This means that their views about their bodies and sexuality will stem from what they see on TV and social media.

As a parent, your main responsibility at this point is to debunk the myths that may be propagated by the media. Let your kid know whether the depictions of sex are true or false, realistic, or even morally upright.

How Do I Talk to a 10-Year-Old About Their Sexuality?

Getting to know that your 10-year-old already has an understanding of such key sexuality topics isn’t the hardest job of a parent. Rather, figuring out how to talk to them about these subjects is the tricky bit.

Gladly, being methodical will go a long way in making the whole task easier and more fruitful for you and your child:

1. Make It an Ongoing Topic/Conversation

It’s a bad idea to hold up this conversation for one “big talk” between you and your child. Conversations about his/her sexuality should be an ongoing, age-sensitive, open topic.

The best way to approach this is by using everyday events as teachable moments where your 10-year-old can pick a thing or two about their sexuality and extract key lessons.

Say you two are watching TV then a news special comes up about teen pregnancy. Let you and your child watch that special together, and engage in a meaningful conversation thereafter.

Finding appropriate context for bringing up such topics can ease the tension and make it comfortable for both you and your 10-year-old to talk about his/her sexuality.

3. Be the Approachable Parent

early sexual activity children prefer getting information about their sexuality from their parents. Why? Cause they are the people they trust most.

This means that for you, as a parent, you need to be highly approachable by your child to discuss such topics. This means that you should show the least amount of tension when a sensitive topic is brought up, and be smart enough to provide appropriate answers to tough questions that may be asked.

10-year-olds are either almost pubescent or right at the onset of it. This means that they are almost at the teenage bracket where providing direction to your child can be quite an uphill task.

Thus, you should take this moment and be the “listening parent.” This means that you should pay more attention to what your child is saying, and make them feel like they actually have your attention.

That way, it will be easier for them to accept counsel from you since you took the time to understand and relate with their situation.

5. Getting Embarrassed is Normal

The difference between this generation and ours is that sex education was less applauded back in the day, and access to vast, uncontrolled information was limited. Children, nowadays, get to learn a lot, quite early, thanks to easy access to information on traditional media, the internet, and social media.

In addition, children nowadays tend to mature physically, way faster, with some even getting to puberty at the age of six.

This means that you should be prepared for some embarrassing questions from someone whom you think is a little bit underage. The best thing to know is that this is perfectly normal.

Yes. Matter of fact, children start understanding their sexuality at the tender age of 13 months. What is required by the parent is that you engage your child appropriately, from the onset, with age-sensitive answers.

For instance, until the age of four, your child will be interested in sexuality, but never in the act of sex. Thus, most questions that you would be asked would be centered around naming his/her genital organs, and where babies come from.

More importantly, having such conversations with your toddler can help them identify inappropriate behavior and report sexual abuse.

When should I talk about puberty to my daughter?

Having the puberty talk with your daughter is important as her body will be undergoing more changes compared to that of pubescent boys. Of concern, most times is the onset of menstruation.

This talk should start right before your daughter gets into puberty and should be maintained all through its course. However, you should ensure that she feels her privacy is secured, while you are keeping track of her bodily changes.

At what age do boys start getting attracted to girls?

This usually occurs within the age bracket of 9-14, with the average age being 12. Basically, this is the period when boys get into puberty and start experiencing hormonal changes.

This age bracket falls well within the 10-year mark, emphasizing the need for a sexuality talk between you and your young one.

Children need to be aware of their sexuality and sexual identity from a tender age. And it’s your responsibility as a parent to ensure that your child, from the get-go, is free and open to you about any sexuality concerns he/she might have.

link to Why Do Goats Scream? (Explained and How to Stop Screaming)

If you are looking for a very quiet pet, then a goat obviously shouldn’t be on the list you are considering. Yes, goats are loud and scream a lot. Curiously, some of those bleats sound like a human...

Goats are energetic jumpers. If you have raised goats at a point, you can relate to that fear of your goat gleefully leaping over the fence. Full of energy and enthusiasm, goats fancy leaping as high...