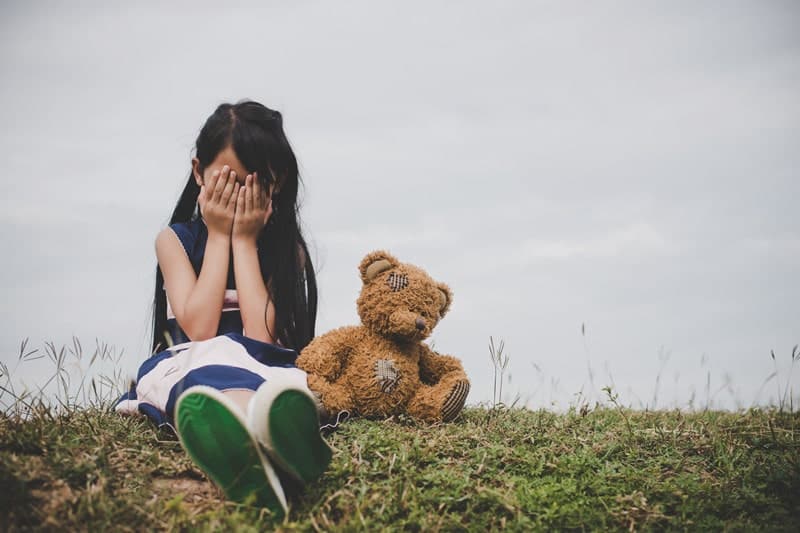 Depression is the silent suffering that millions of people experience every day. Thankfully, more and more celebrities have shared their stories and struggles and greater knowledge about this illness has become widely available. This has resulted in people becoming more aware of depression and fast developments of treatments. With awareness, though come many questions. One of them on your mind now may be: is there an age limit to depression? Can a child as young as ten years suffer from it?

In short: yes, a ten year old child can have depression. According to the Anxiety and Depression Association of America (ADAA), “as many as 2 to 3 percent of children ages 6 to 12 may have serious depression.” The National Alliance on Mental Illness (NAMI) puts the number at 16.5% for children ages six to seventeen. The ADAA also says,if symptoms of depression last for only a short period of time then the child may just be suffering a normal case of “the blues.” However, if the symptoms last for more than two weeks and hold the child back from everyday activities, then they may be suffering from depression.

Now that our first question is answered, let’s explore further. After all, awareness is only the first step in living with and treating depression. If you are wondering what symptoms to watch out for to notice depression, how best to treat it, or who is the most at risk for depression then the rest of this article is for you.

Depression can take many forms and is experienced in numerous different ways depending on the person suffering. No matter what form it takes, though, depression is so much more than just “feeling down” or a normal “case of the blues.” So if you see someone exhibiting any of the symptoms below, take some time to reach out and help them through their trials.

According to the ADAA, common symptoms of depression in children include, but are not limited to:

Depression also has tangible, physical side effects. People who suffer from depression are 40% more likely to heart and digestive problems than those who do not experience depression, according to NAMI.

The worst case scenario when it comes to depression is suicide, affecting not only the victim but also everyone who loves and cares for them. According to NAMI, suicide is the second leading cause of death in the U.S., with rates increasing 31% since 2001.

With alarming stats about suicide’s prevalence in the U.S., the best say to start caring for people with depression is to be open to talking about anything they are going through.

Unfortunately, as children grow up, their risk for depression rises as well. Cases of depressive episodes and mental illness are common among college students. The stress of school and stepping out into the world for the first time can seem a daunting task, especially if students have no one to help them through difficult times.

The thing people suffering from depression need most is support and friendship. Ironically, though, withdrawal and social isolation are some of the most common effects of depression.

From time to time, take a moment in your day to think about friends and family. If there is someone you haven’t seen or heard from in a while, reach out and ask how they are doing. That could be the rope that pulls them up from the depths of depression.

How Can You Kick Depression’s Butt?

As I mentioned before, social support and open discussions are great ways to combat depression. However, they are only the start. Recovery takes time, sometimes weeks or months. One day you may feel like you’re free then the next you feel down again.

DON’T GIVE UP. Good things come with time and effort. Effort may be the hardest thing to muster while depressed but it’s the simple things that will get you through.

The most important steps to recovery are:

Set up a Routine.

Get into the habit of doing small things to care for yourself. No matter how hard it may seem, drag yourself out of bed, brush your teeth, shower, and get dressed. Trust me, it’ll make you feel so much better. Regular, good habits are the building blocks of a healthy mind.

Write in a Journal.

Journaling can be a powerful tool to combat those nasty, ugly thoughts your depressed brain tosses about. Get them out of your head and onto paper. Look at them objectively. Reason with them and find the roots of your problems. De-cluttering your mind will free up a lot of space and energy for recovery.

Talk with a Therapist or Psychiatrist.

Strength comes in numbers. You don’t have to suffer alone. There are people out there who care and want to help, many of them trained to treat numerous mental illnesses. They may teach you strategies and impart wisdom you would never hear otherwise. If your depression is bad enough, they may recommend medication to help you recover.

Getting Moving and Getting Your Heart Pumping is a Great Way to Release Those Happy Chemicals in Your Brain.

Pushing through even the simplest of exercises can feel like you are actively burning away that dark depression from your mind.

The Biggest Temptation While Depressed is to Shut Yourself in Your Room and Wallow in the Darkness.

Don’t. Drag yourself out to gatherings. Text a friend. Ask to hang, or even just talk. Humans are social animals and shutting ourselves out from human contact is keeping us from an essential part of mental health. Being around people will make you feel less isolated and more loved. Talk, share your problems, and get help.

Who Has the Highest Risk?

Knowing the age groups, professions, and other groups that have a high rate of depression can help you become more aware of and be on the lookout for people who are depressed and need help.

Women are more likely to experience depression than men. (source)

Adults between the age of 18 and 25 have the highest rates of depression.

Income levels affect depression rates, with people at the lower end of the scale having higher rates. (source)

The top three jobs with the highest rates of depression are, from highest to lowest, (1) public and private transportation, (2) real estate, and (3) social services.

Controllable factors such as high stress levels, drug use, and poor diet are known to be causes of depression. However, causes can also be outside of your control, such as genetics, chemical imbalances in your brain, and physical injury. (source)

Although some causes of depression are well known, it is still not clear exactly why some people suffer from depression and others don’t when going through the same experiences. Depression is a complex and deep issue that is still being examined and researched in the mental health field.

Q: Can depression be cured?  A:  No, depression cannot be completely cured. The goal of treatment is to manage symptoms and drive depression into remission.

Q: Can depression kill you? A: Suicide aside, depression itself cannot kill you. However, it can cause a host of related psychological and physical problems such as trouble sleeping and eating, and lack of energy.

Q: Does depression last forever? A: A typical depressive episode lasts from 2 weeks, at the minimum, to anywhere from months to years. The illness never really goes away completely, although treatment can help you manage symptoms and change thoughts and habits to improve your lifestyle. This can reduce the occurrences of depressive episodes.

Q: What are some medications that can help treat depression? A: The most common medications used for people suffering from depression are, (1) selective serotonin reuptake inhibitors (SSRIs) including names such as Lexapro, Zoloft, and Prozac, (2) serotonin and norepinephrine reuptake inhibitors (SNRIs) such as Effexor and Cymbalta, (3) tricyclic antidepressants (TCAs) such as Adapin and Vivactil, and (4) monoamine oxidase inhibitors such as Nardal and Marplan. Before you take any medications you should talk with a medical professional and learn about the side effects.

link to Can Dogs Eat Cabbage? Health Benefits and Alternatives

Cabbage consumption in dogs promotes longevity, wellness, and physical benefits. If you’re looking for an alternative treatment solution for your dog, that doesn’t affect their health in the...

Continue Reading
link to Can Dogs Eat Cauliflower? Benefits and How Much to Feed

A diet rich in veggies has many health benefits for humans, and the same is true for dogs – though some types can be unsafe, so be aware of this before introducing anything new to their bowl. A...